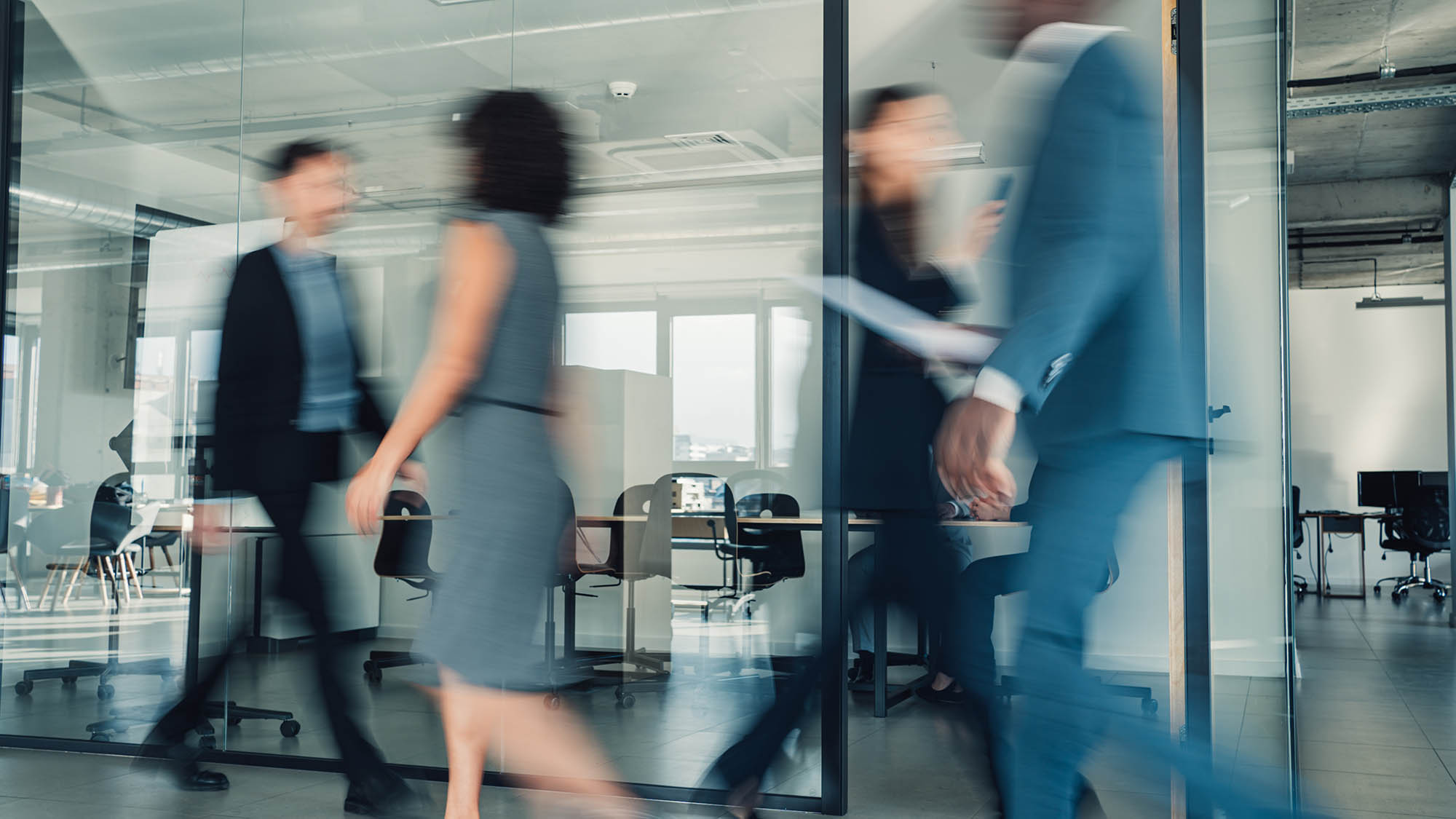 Class actions in Canada: what to expect in 2023

There were several interesting developments in the Canadian class actions space in 2022. Below, we explore key takeaways from last year and what we expect from the courts in 2023 and beyond.

In 2022, Ontario courts provided further guidance on permitting preliminary motions ahead of certification under section 4.1 of the Class Proceedings Act, 1992 (the Ontario Act). Section 4.1, a new provision enacted in the recent amendments to the Ontario Act, requires a motion to be heard before certification if it could dispose of the proceeding (in whole or in part) or narrow the issues or evidence, “unless the court orders that the two motions be heard together”1.

We do not expect to see the same trend presumptively favouring pre-certification motions in other provinces4. Courts in other provinces have substantial discretion to determine the sequencing of motions in a class proceeding, which often leads them to consider a broader range of factors than those that Ontario courts have recently found relevant under section 4.1 of the Ontario Act. British Columbia and Alberta courts, while acknowledging that there is no presumption for certification to be heard first, used this more discretionary approach to deny hearing pre-certification motions in some cases last year5, so parties there may see a more varied approach to such motions. Further, the Federal Court reiterated that pre-certification motions should be permitted only in exceptional circumstances6. And the Saskatchewan courts generally endorse a “certification first, with exceptions” approach7. That said, the Saskatchewan Court of Appeal may soon provide additional guidance on pre-certification sequencing in Hoedel v. WestJet Airline Ltd., which was heard in November 2022. Hoedel will also give the court an opportunity to consider whether steps like document production and discovery must be completed before summary judgment is argued8. This would affect how these motions are sequenced in relation to certification. Additionally, Saskatchewan is undergoing a review of its class actions legislation in connection with potential reform. In the consultation report published by the Law Reform Commission of Saskatchewan, one question was whether the “certification first” rule should be reversed by adding a provision similar to section 4.1 of the Ontario Act9.

In Québec, where pre-authorization motions are generally limited to defence motions for leave to adduce evidence or to examine the representative plaintiff (in both cases, granted sparingly), a single preliminary hearing held in advance of authorization remains the norm. As the Superior Court of Québec continues to catch up on a pandemic-related backlog, compounded by a lack of judicial resources, scheduling court dates to hear pre-authorization motions was difficult in 2022, and we expect delays to continue through 2023.

While we expected to receive some guidance from Ontario courts in 2022 on the proper application of the recently amended preferability threshold in section 5(1.1) of the Ontario Act, there has yet to be any thorough consideration of the new threshold. As we previously reported, the new preferability threshold adopts the predominance and superiority test found in the U.S. Federal Rules of Civil Procedure, requiring the common issues to predominate over individual issues and requiring a class proceeding to be superior to all reasonably available means of determining class members’ entitlement to relief or addressing the defendant’s impugned conduct. In discussing this amendment, Ontario’s Attorney General noted that it was designed to make certification more rigorous10. Historically, Canadian courts have not followed the predominance and superiority requirements in the U.S. Rules, owing in part to differences between U.S. Rule 23(b)(3) and Canadian class proceedings legislation11. But Ontario’s amended provision removes these differences. Additionally, Prince Edward Island’s newly enacted Class Proceedings Act contains a predominance and superiority test identical to Ontario’s12. And as part of the review of the Saskatchewan Class Actions Act, one consideration from the Law Reform Commission of Saskatchewan’s report is whether the preferable procedure criterion should be amended, such as by adding predominance and superiority requirements13.

In 2023, we expect to see more substantive consideration of Ontario’s higher preferability threshold in other contexts, which will provide clarity to the dimensions of this new test.

So far however, Ontario courts have made only passing references to the new preferability threshold, including in Brewers Retail v. Campbell14, decided in February 2022. In Brewers, the parties sought certification of a class proceeding for the purposes of settling a pension dispute. Ontario’s pension regulator, the Financial Services Regulatory Authority (FSRA), was allowed to intervene and argued against certification15, insisting that a regulatory hearing before the Financial Services Tribunal (FST) was the preferable procedure. The court disagreed, concluding that a class proceeding could finally resolve the issues on a class-wide basis and properly balance the interests of the parties to the litigation. By contrast, the FST hearing would focus on broader issues of regulatory policy that went beyond the immediate interests of the parties16.

The court’s preference in Brewers for a class action over other means of resolution was fact driven and did not consider the superiority element of the new preferability threshold. By contrast, in Coles v. FCA Canada Inc.17, a proposed class action relating to allegedly faulty airbags, the court concluded that certification was not preferable to the defendant’s existing recall program because of the slow pace with which the class action had progressed, and because the applicable law had recently been clarified. The court acknowledged that, since the action was commenced before the Ontario Act was amended, section 5(1.1) did not apply, but the court concluded the result would be the same under the new preferability threshold.

In 2023, we expect to see more substantive consideration of Ontario’s higher preferability threshold in other contexts, which will provide clarity to the dimensions of this new test.

In 2022, Ontario courts continued to debate the proper application of section 29.1 of the Ontario Act, which states that the court shall dismiss a proposed class action for delay one year after it is commenced unless the plaintiff has taken certain steps to move the action toward certification. A central question is the level of the court’s discretion under this provision. In D’Haene v. BMW Canada Inc.18, the court acknowledged that the provision is mandatory, requiring dismissal if the preconditions are met. However, the court held that it had discretion, including under section 12 of the Ontario Act, to order that the dismissal be set aside and the action resurrected if the plaintiffs filed a certification motion record within 30 days, characterizing this as a “phoenix order”. By contrast, in Adkin v. Janssen-Ortho Inc.19, decided after D’Haene, the court concluded that the discretion in section 12 could not be used to override mandatory provisions of the Ontario Act, including section 29.1.

In 2023, we expect to see further guidance, including potentially from the Ontario Court of Appeal, on the proper interpretation and application of section 29.1.

At the end of November 2022, the Ontario Court of Appeal released a trilogy of cases addressing the tort of intrusion upon seclusion in the class actions context20. As we previously reported, plaintiffs in all three cases commenced class actions against defendants who handled and stored personal information that was compromised by unidentified third-party hackers. The Court of Appeal held that, because the defendants themselves were not alleged to have intruded upon the plaintiffs’ private affairs, claims of intrusion upon seclusion against them could not be certified.

As a result of the clarity provided by the Court of Appeal, and subject to any further appeal to the Supreme Court of Canada, we expect to see data host providers defend allegations of intrusion upon seclusion in proposed data breach class actions with greater success. This may reduce the frequency of class actions against data hosts following security breaches by a third party21.

Insight from the courts on merits phases of class actions

While common issues trials are still relatively rare in Canada, as more cases approach this phase, we expect to see additional insights from the courts on a number of merits-based questions in 2023. Examples include: approaches to determining liability on a class-wide basis; resolution of individual issues following the common issues phase; and the ways in which damages can be awarded, either through aggregate damages awards or through use of the individual issues phase governed by section 25 of the Ontario Act.

This latter category was addressed by the court in September 2022, in a class action against Grenville Christian College for instances of child abuse from 1973 to 1997. After the College was found liable to the class22, the court released a decision addressing the process for resolving individual compensation issues. The circumstances of the case raised unique challenges. The defendants were judgment proof, and their insurance coverage for the years at issue was sporadic (i.e., some years had no coverage, while other years had up to $10 million in coverage). To address this, the court directed that class members who could recover from the defendants’ insurers would pay their recoveries into a common fund, which would then be used to pay all eligible class members according to a distribution plan23. The decision is one of the first substantive applications of the individual issues power under section 25 of the Ontario Act. Though the court acknowledged possible jurisdictional impediments to its approach, it relied on the discretion in sections 12 and 25 of the Act, and also said these impediments could be overcome if the parties agreed to the approach and treated it as a settlement subject to court approval.

We expect to see many interesting and useful developments in the class actions space in 2023. Here are the key takeaways for business: