Social Impact and Sustainability
At Torys,  we strive to make positive social and environmental impact and contribute to the communities in which we live and work. 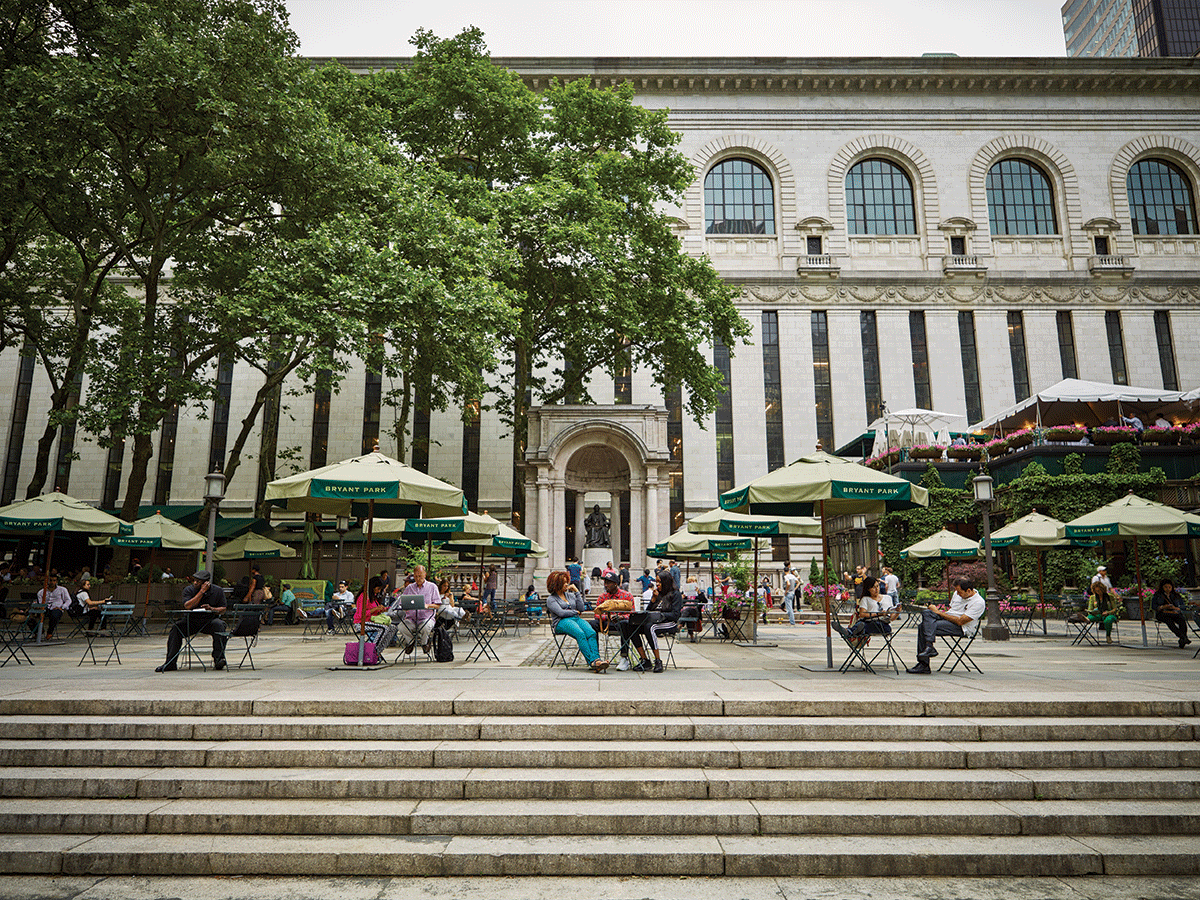 We believe we have a unique responsibility to use our firm’s strengths to effect positive change. This is what we have always endeavored to do, and it is part of who we are: our firm’s culture has a deep-rooted understanding of the importance of serving the communities in which we live and work. From our broad pro bono practice to the comprehensive approach we take to conducting business in a sustainable manner, and the wide range of giving back and charitable work being done at the firm, we carry with us a deep sense of commitment to our local communities and beyond.

Giving Back to Our Communities

From international litigation to giving social entrepreneurs corporate advice, Torys’ Pro Bono Committee oversees the full spectrum of the firm’s pro bono work, driven by the belief that a bono practice is a vital element of every lawyer’s professional responsibility.

A Torys team that included Jeremy Opolsky, Ryan Lax and Adrienne Oake acted as counsel to a Trustee of the Toronto Catholic District School Board, in defending a $30 million defamation claim brought by former Cabinet Minister Joe Volpe and Corriere Canadese, an Italian-language daily newspaper. The defamation claim was in connection with statements made by Trustees of the Toronto Catholic District School Board defending LGBTQ2S+ inclusion measures in Catholic schools, which came under scrutiny in Corriere Canadese.

The origin of the dispute was when a series of articles were published by Mr. Volpe and Corriere Canadese which attacked and stigmatized LGBTQ2S+ inclusion in Catholic schools. This culminated in an article targeting a particular mental health resource for LGBTQ2S+ students.

In response, Toronto City Council debated a motion to require publications in which the City advertised to comply with the City of Toronto's Human Rights and Anti-Harassment/Discrimination Policy. The Trustee was sued for defamation for statements made in support of that motion.

In hearing the case, the Ontario Superior Court dismissed the suit in its entirety, holding that Corriere Canadese “trafficked in homophobic tropes” and that its defamation lawsuit represented “an attempt by the plaintiffs to chill the speech of elected officials who choose to speak up”.

Mandy and Sylvie Rodrigue brought the discriminatory effect of this decision to the attention of the IOC to no avail, following which an appeal to CAS was filed.

This was a human rights case with the core issue being discrimination based on sex in violation of the Olympic Charter, Swiss law and International law. On June 30th, the Court granted the appeal and ordered the IOC to amend its qualification criteria to include an accommodation for women who were pregnant or postpartum during the period retroactively chosen to qualify athletes. As a result, Mandy qualified for the Tokyo Olympics and represented Canada.

Torys has assisted anti-trafficking NGO, Prajwala, based in India. In 2017, Prajwala made an urgent plea to Thomson Reuters Foundation's pro bono legal program TrustLaw when it was given a tight deadline to submit briefs to the Supreme Court of India describing the tools used in other countries to confront the public posting of sex crime videos.

Alongside TrustLaw and others, a Torys team including Lara Guest and Molly Reynolds, produced a memorandum on laws in the U.S., Canada and India, which sanction the distribution of images of sexual violence.

Following the hearing, the Supreme Court launched a committee tasked with creating a mechanism for the mandatory reporting and blocking of online content of sexual violence. Based on the committee’s recommendations, the Supreme Court is expected to issue guidelines on the policing of such images.

We work with TOHealth!, a not-for-profit organization committed to raising the profile of the Toronto region’s human and health sciences cluster. TOHealth! is a unique platform for convening stakeholders, enabling novel collaborations to facilitate R&D, and bridging the gap between R&D and commercialization.

We have been providing pro bono legal advice to TOHealth! for several years. A team, comprised of partners Eileen McMahon and Cheryl Reicin, has helped TOHealth! become a federally incorporated, not-for-profit organization.

As a business law firm, we feel a particular responsibility to give our support to the corporate needs of organizations that are dedicated to advancing social causes. For example, Torys partner Aaron Emes advised on Canada's first online capital-raising platform—MaRS VX, known as MaRS Social Venture Connexion (SVX)—whose objective is to facilitate impact investing by bringing together, via an online platform, accredited investors and impact issuers aiming to solve social or environmental challenges in Ontario. Since its inception, Torys has advised MaRS VX on securities regulatory aspects of its operations on a pro bono basis.

Over the years, we have also provided pro bono legal advice on corporate governance and other matters to FoodShare—a Toronto-based organization working with communities and schools to deliver healthy food and food education through innovative programs promoting food justice and food security. Torys’ work has included assisting FoodShare with leasing and developing its Community Food Hub, which people from around the world come to learn about FoodShare and its ground-breaking programs. The Torys team of Andy Gibbons, Michael Fortier and Richard Willoughby helped in a small way to make FoodShare’s vision of building a world-class food hub into a reality.

After five years of advocacy the Torys pro bono team helped fix Canada’s No Fly List to better identify threats and no longer trap innocent Canadians. This issue has impacted tens of thousands of innocent children (and adults) over the years because their names were similar to those of individuals listed in the government’s Passenger Protection Program (or “no-fly list”) introduced to prevent threats to air security. Below is an extract from our client’s heartfelt note to us:

“It’s been a five-year journey for our families since we first went public. There is no way that we would have gotten here without Torys. Your team helped us change national security policy for the better after fruitless efforts for a decade. Your firm helped protect the Charter rights of tens of thousands of Canadians, many of them children or who haven’t even been born yet.”

Working with Justice for Children and Youth, our team won a landmark decision granting the application of high-school student Daria Kandaharian, who challenged a policy of the York Catholic District School Board requiring student trustees to be baptized Roman Catholics. The Torys team was led by Jon Silver and Henry Federer and included Julie Lowenstein and William Mazurek.

While a Grade 10 student St. Maximilian Kolbe Catholic High School, Daria sought to be a candidate for one of two board-wide positions known as “student trustee”. Despite being selected by her school administration as the candidate from her school, the board rescinded her application on the basis that Daria was an Orthodox Christian and not Roman Catholic, as required by the board’s policy.

In the decision released in October 2022, the Court sided with Daria and quashed the Catholicism requirement in the policy. It held that the policy was discriminatory under section 15(1) of the Charter and unconstitutional. While the Catholic School Board relied on their special status and powers under section 93 of the Constitution Act, 1867, the Court held that those powers did not extend to the student trustee position. This position was created by the legislature in 1997, so it was not a right or privilege held by the board at the time of Confederation. And in any event, the Court concluded that permitting non-Catholic students to serve as a student trustee would not prejudicially affect the governance of Catholic schools.

The Court also ruled in Daria’s favour on the vires of the policy. The Court held that the board had no legal authority under the Education Act to impose a religious-based qualification for student trustees. That qualification—which excluded 5,000 students from running for the position—was inconsistent with Education Act’s regulations and the scheme’s intention. 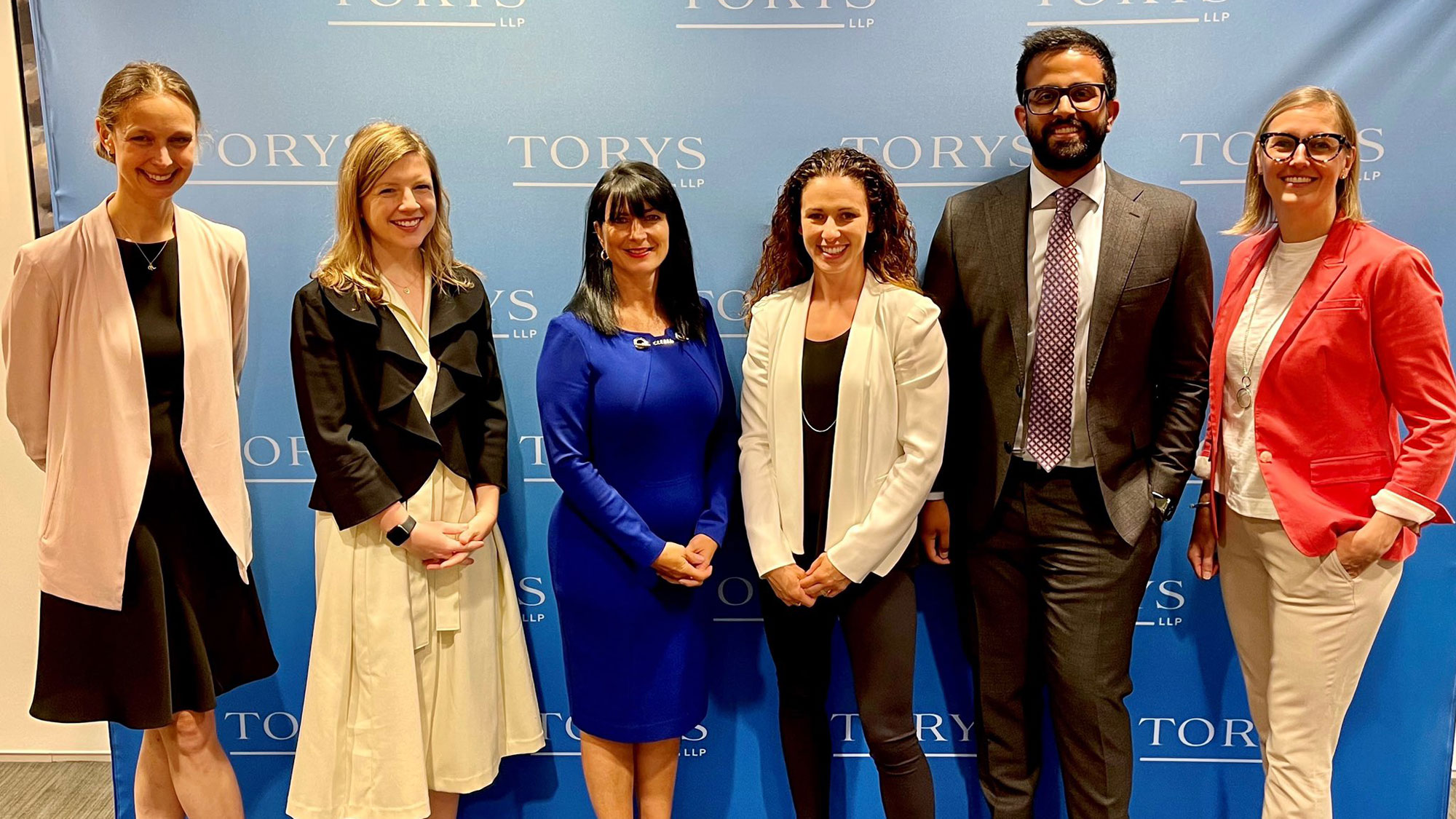 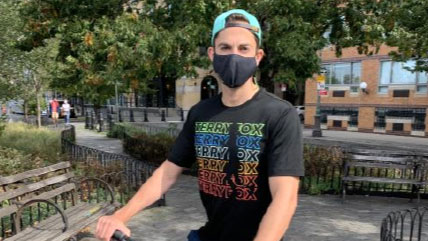 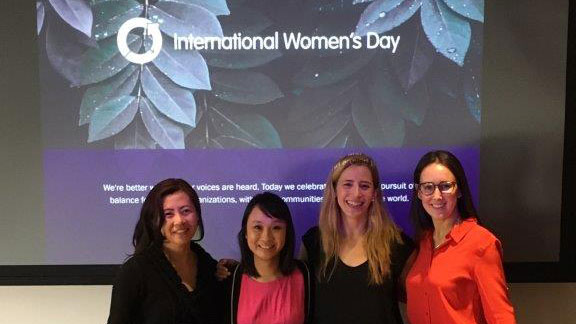 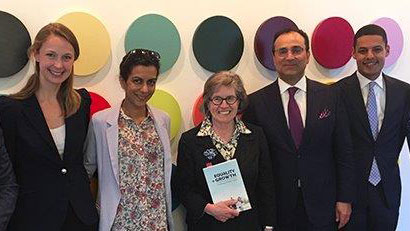 Our legal professionals across practices and all our offices take very seriously their commitment to pro bono work. As a collective, we have dedicated 10,000 hours of work to pro bono causes in the last year. 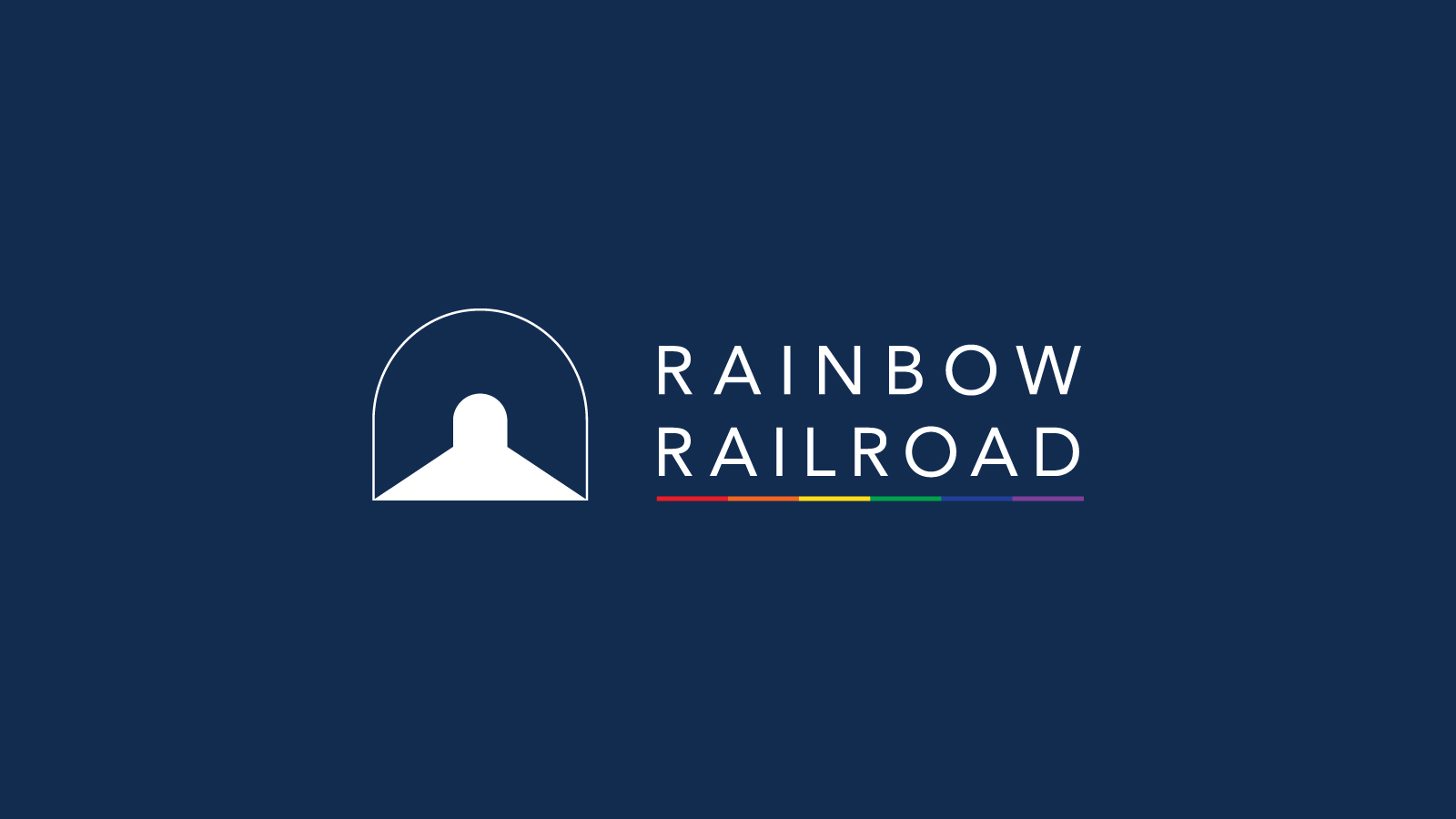 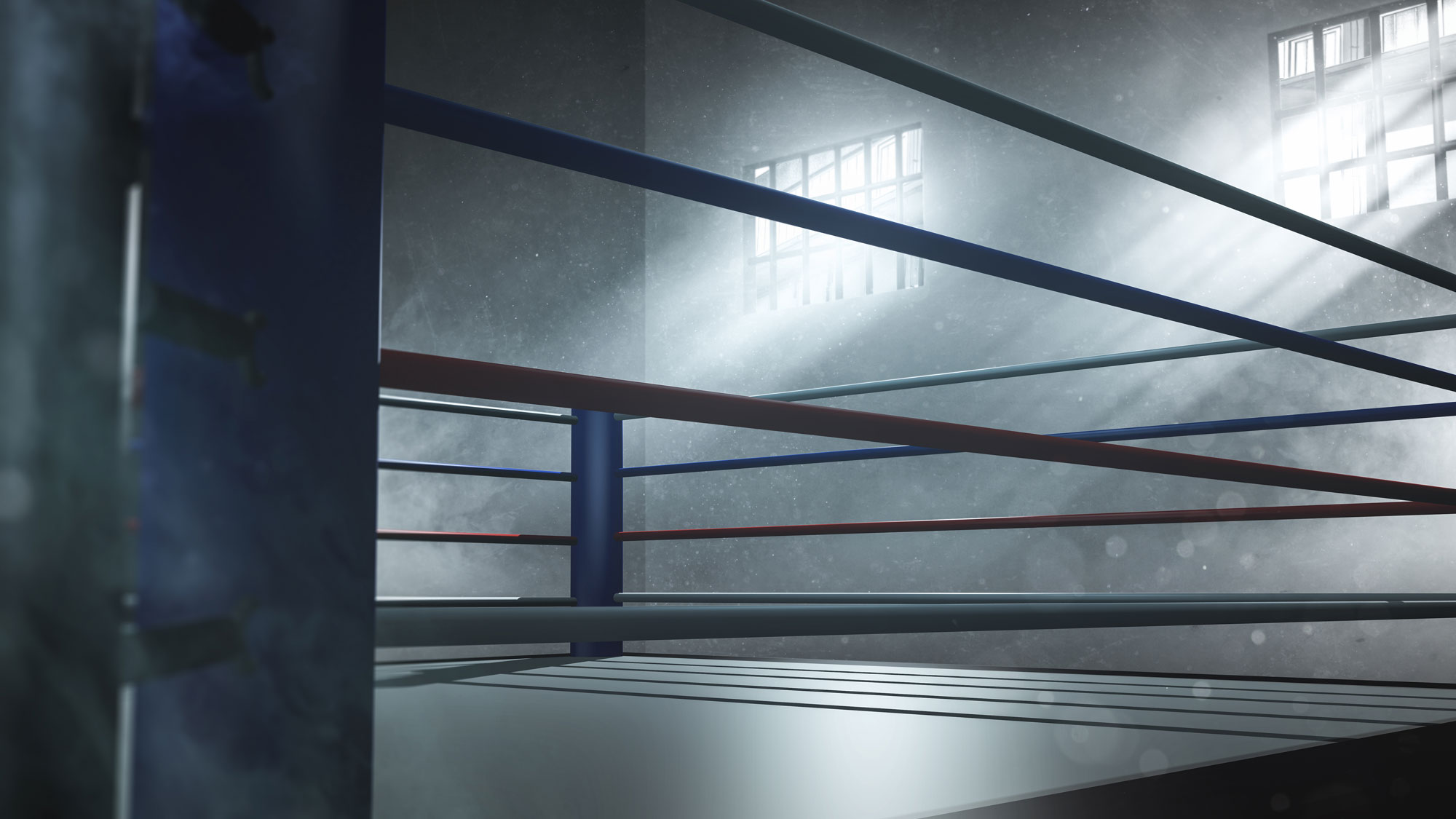 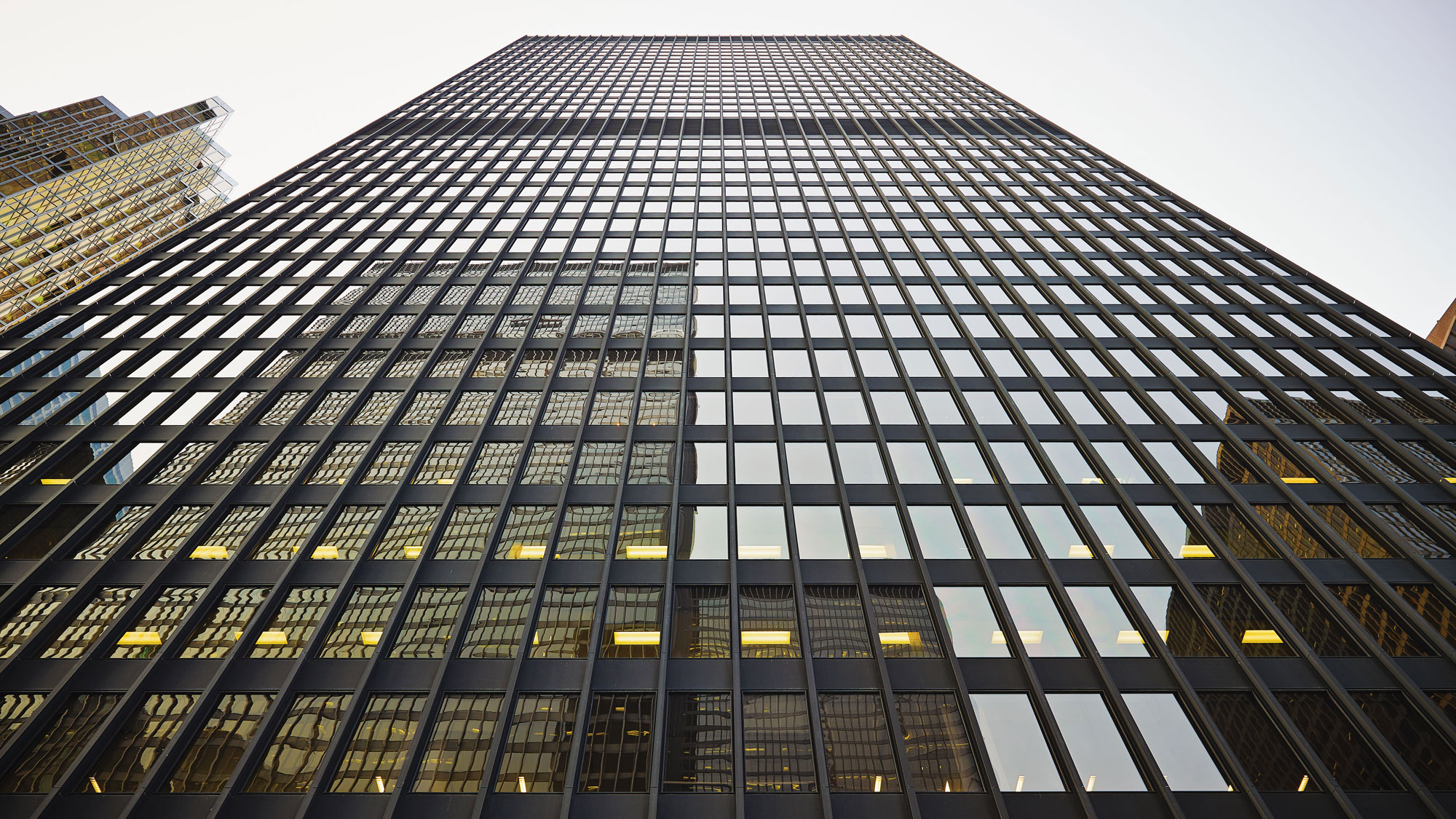