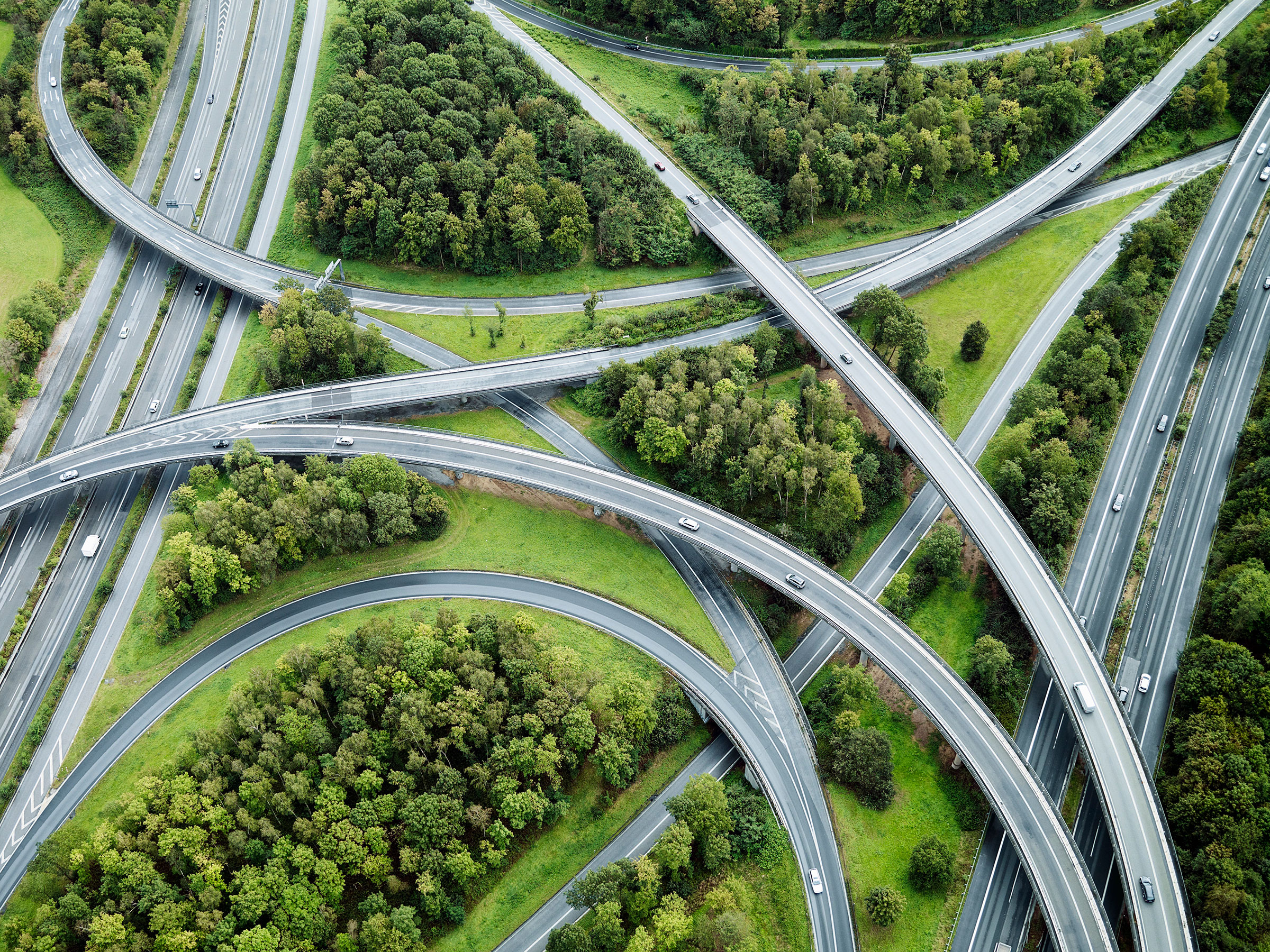 Drivers both longstanding and unexpected are putting pressure on traditional segments of the Canadian economy to innovate and remain competitive amid changing global markets. Natural resources, energy and infrastructure players in Canada are embarking on transformational innovations to their operations and systems as technology entrenches itself more and more into their industries. This industrial transformation is also buttressed by sectoral transformation support from the federal government, which in October 2020 announced its Growth Plan, under which $10 billion of the Canada Infrastructure Bank’s (CIB) allocated $35 billion in funds will be made available for projects related to five priority infrastructure sectors: clean energy generation, storage, and transmission; increasing broadband connectivity in under-served communities; large-scale building retrofits to increase energy efficiency; agricultural irrigation; and zero-emission buses and electric vehicle charging1. Funds are also available for project acceleration and Indigenous infrastructure across these sectors.

Distributed energy resources (including renewable microgrids and battery storage) are increasingly being considered a viable solution to enhance energy security for remote, and in particular Indigenous communities—as a result, energy storage facility development is on the rise. In recent years, technologies related to energy storage and other distributed energy resources have significantly improved and become more economical. While the cost of energy storage itself has fallen, the integration of energy storage systems with renewable generation remains complex, requiring expensive technologies as well as operation and maintenance costs over the project lifecycle. This has led some utility proponents and Indigenous independent power producers (IPPs) to explore alternative ownership and operational models, including a split between utility-control of storage/control systems and IPP-control of generation assets2.

Renewables are strengthening their presence in Canada’s energy mix, with wind and solar power seeing significant growth and advances in technology and processes that are lowering costs and making the area more competitive3. Financial buyers and other institutional investors are showing continued interest in the renewables space, and as environmental and climate change concerns persist alongside the evolution of ESG as a growing part of business strategy and governance, renewable and other clean energy assets in Canada are set to be increasingly attractive targets for investment.

The oil and gas industry is playing a role in progressing the technology mandate in Alberta. While the industry has placed significant importance on HSE performance and sustainability for many years, the increased focus on environmental and social governance (ESG and decarbonization) issues is accelerating changing the narrative in energy transition and production. This evolving changing mindset has resulted in diversification and is inviting a the redirection of capital and resources toward new technology, with important advances being made in hydrogen, carbon capture usage and storage (CCUS) and other emissions reduction technologies. Alberta’s energy industry has been breaking ground in this area: the province’s oil sands companies are leaders in research and development—the industry ranks third nationally for R&D spending, behind the technology and life sciences sectors4—investing over $1 billion every year since 20125.

Canada’s agricultural industry is another growing sector, with its Protein Supercluster identified by the federal government in its Superclusters initiative, supporting leadership in plant genomics that improve nutrition, novel processing technology and digital solutions6.

The pandemic has highlighted the digital divide between urban and rural areas, with many remote and indigenous communities having limited or no broadband access. The federal government is committing another $750 million over the next five years to the Universal Broadband Fund for a total of $1.75 billion in the next seven years, with the long-term goal of 98% of Canadians being connected by 20268. The provinces, territories and municipalities also have significant programs. For example, the Government of Ontario has committed nearly $4 billion to connect every region in Ontario to reliable, highspeed internet by the end of 2025 through an innovative procurement process9. As governments look to close this broadband infrastructure gap, public-private hybrid delivery models are emerging as a way encourage ISPs to invest in broadband infrastructure in rural and remote communities10.

With the overall ambition of improving the quality of life for all Canadians, the federal government is investing across a variety of social infrastructure projects, including in Indigenous communities, early learning and childcare, affordable housing, home care, and cultural and recreational infrastructure11. Through its Smart Cities Challenge, the federal government is encouraging communities to adopt a smart cities approach to improve the lives of their residents through innovation, data and connected technology12.

Another one of the federal government’s five Innovation Superclusters, the Ocean Supercluster has been identified as a source of innovation with widespread application to everything from marine transportation infrastructure and offshore oil and gas to shipbuilding and fisheries.

As investment in resources, energy and infrastructure rises, creative project proponents and dealmakers are innovating with new project models, some of which will also help to address important factors such as ESG considerations, Indigenous consultation and environmental approvals.

As governments embark on ambitious initiatives across a variety of sectors, the way they are engaging with infrastructure projects is evolving. In particular, we are seeing governments at all levels increasingly look to advance projects with the private sector, through different structures and interfaces than may have been historically considered. For example, the traditional project delivery model, Design-Bid-Build (DBB), may not be ideally suited to large or complex projects, particularly linear projects which are presenting new risk profiles, many of which are being undertaken in highly developed urban environments where interfaces with existing buildings, utilities and infrastructure create additional and often unquantifiable risks.

In addition to the challenging risk profiles of these new types of projects, there is also a growing desire to bring projects to market faster than ever as governments rely on infrastructure as a means of fiscal stimulus to spur economic activity. As the priority placed on the development of infrastructure by various levels of government increases, we expect to see a further evolution of the conventional P3 model in response to these trends. By extension, conventional project financing—which has often relied on a strong sovereign or corporate credit as the feedstock for the project financing—may also be evolving, and we may see creative structures, such as tolled projects, congestion pricing, concessions, other user pay or demand risk projects and hybrid structures emerge to support this market evolution13.

The increased focus on ESG issues is changing the narrative in energy production, and this changing mindset is inviting a redirection toward new technology. Demand from investors and shareholders—including through new initiatives like the Say on Climate vote movement—appears set to rise further, and so ensuring appropriate auditing of targets’ governance of ESG factors will be key to diligence processes14.

Over the last decade, Indigenous consultation and participation have become vital to successful infrastructure development in Canada. Whenever a government permit or other measure may impact aboriginal or rights, the duty to consult arises. Project proponents will need to budget time in the development schedule for the consultation process as early as possible and on an ongoing basis to ensure a meaningful two-way dialogue. We are also increasingly seeing Indigenous communities more centrally involved in the successful development, construction and operation of infrastructure projects. A key corollary to successful consultation and engagement can be ensuring that Indigenous peoples share in the economic benefits of infrastructure projects—what is referred to by some as economic reconciliation. There are various means by which this can be achieved, including equity participation and employment, training and procurement opportunities as well as the more traditional means of benefits and royalty agreements. These measures may serve to align interests in a manner that minimizes risk and accelerates project development on a path to successful completion and operation15.

Recent changes to Canada’s environmental regulatory landscape pose new challenges and opportunities for major projects. Under the Impact Assessment Act, the federal government assesses the impact of large projects on the environment, with a wide-ranging scope of focus that encompasses climate change, broad socio-economic benefits, and greater collaboration with stakeholders and Indigenous groups16. Early planning with a focus on ensuring appropriate consultation as well as rigour around identifying the positive impacts of a project (e.g., employment, innovation) will help keep projects on track from a regulatory perspective.