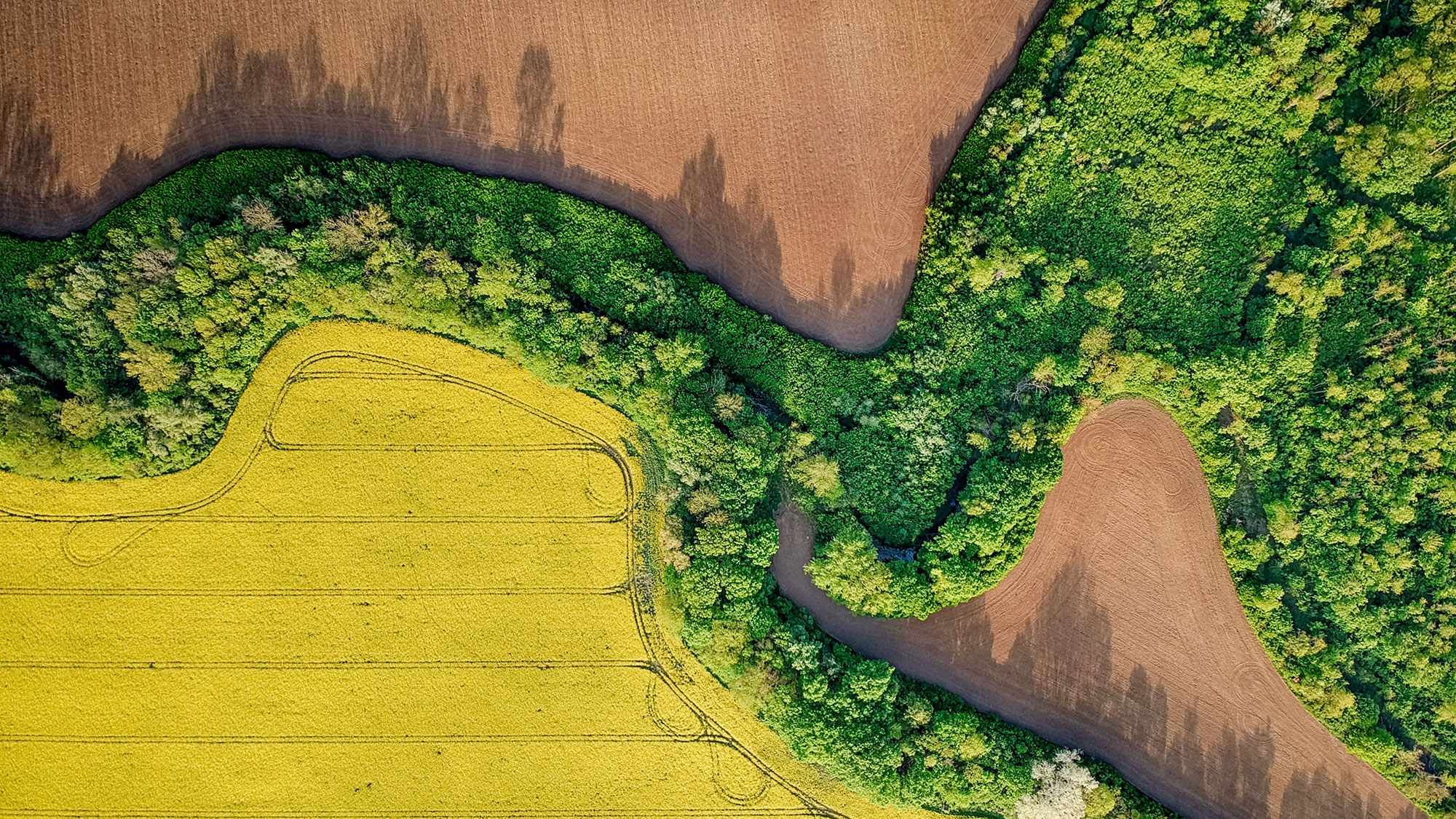 Canada’s oil and gas industry has demonstrated its resiliency by emerging with strength from a period of sustained low commodity prices and pandemic-related market volatility. The industry continues to be a leader in emissions-reduction technologies and energy innovation, as it works to further cement its place as a secure global supplier of energy1.

In the first quarter of 2022, Canada’s energy exports increased by 3.9 per cent and energy production was on the rise3. In the second quarter of 2022, energy exports dipped by a modest 2.07 per cent4. This uptick in production is largely a result of the additional export capacity brought on by Enbridge’s Line 3 replacement project. Production growth is expected to continue over the next decade. With Western Canada’s pipeline capacity constraints mostly ameliorated, industry participants are optimistic that Canada can offer a reliable and stable space for international oil and gas investment.

Recent months have seen relatively high commodity prices. M&A activity in 2022 remains on par with 2019 and 2020 levels but is on pace to be less than 2021 levels. So far in 2022, the oil and gas industry has closed or announced 62 M&A deals. The most notable in terms of value include the transaction between Pembina Pipeline Corporation and KKR to combine their respective western Canadian natural gas processing assets into a new joint venture entity for C$11.4 billion, Strathcona Resources’ announcement to acquire Serafina Energy for C$2.3 billion, Whitecap Resources’ acquisition of XTO Energy Canada for C$1.9 billion, and Tamarack Valley Energy Ltd.’s announcement to acquire Clearwater Deltastream Energy Corporation for C$1.4 billion.

As of the publication date of this article, it appears unlikely that oil and gas sector M&A activity in 2022 will surpass 2021 levels. Deal activity may escalate in the remainder of 2022 should potential acquirors view increased (albeit fluctuating) commodity prices as sustainable. On the other hand, unless buyers are willing to pay higher prices, sellers will be incentivized to hold on to assets contributing to strong profitability, with the potential result of a drag on transactions.

Environmental, social and governance (ESG) considerations remain a significant and growing priority among strategic acquirors and targets. We have seen that parties continue to prioritize and analyze ESG factors at every stage of a transaction5.

In recent years, ESG performance reporting requirements have been associated with a surge in ESG-related investment. This momentum continues to grow in 2022 as companies seek to stay ahead of the curve. Particular areas where we see this driving activity is in reconciliation with Indigenous groups, carbon capture utilization and storage (CCUS), hydrogen development and LNG.

Energy development in Canada offers a path toward reconciliation with Indigenous groups through their direct participation in the energy sector6. Industry, Indigenous communities, and various stakeholders are collaborating to find ways to facilitate responsible energy development in a manner that promotes mutual trust and respect as well as shared economic benefits7.

In recent years, the energy industry has experienced a shift away from using traditional approaches to Indigenous inclusion (e.g., participation via impact benefit agreements), to an increase in transactions where Indigenous communities are leading proponents, or have become partners in projects through meaningful equity ownership arrangements8. As noted in an earlier Torys bulletin, equity ownership provides Indigenous and non-Indigenous project participants opportunities to better align their interests and establish a shared framework for energy development. The governance model under the equity ownership approach also provides Indigenous partners with opportunities to have more insight into commercial decisions, and to obtain own-sourced revenues for the growth and benefit of their communities.

Industry participants are completing Indigenous equity ownership transactions not just for greenfield development, but also for their developed assets. These transactions have evolved to be highly complex, requiring involvement of sophisticated legal counsel and other advisors for all parties involved. A notable and recent transaction in this space involved the C$1.12 billion sale by Enbridge of an 11.57% non-operating interest in seven Enbridge-operated pipelines in northern Alberta to Athabasca Indigenous Investments (Aii), a consortium of 23 Indigenous communities in northern Alberta—the largest energy-related Indigenous economic partnership transaction in North America to date. A portion of the purchase price was supported by the Alberta Indigenous Opportunities Corporation.

Among several other carbon reduction initiatives, the energy industry has focused on using CCUS in an effort to decarbonize its operations, including with respect to hydrogen production9. The 2022 federal budget proposed a refundable tax credit for businesses involved in capturing CO2 in dedicated geological formations or concrete10. The tax credit is intended to incentivize investment in CCUS technologies and advance the growth of CCUS projects in Canada.

In 2021, Canada’s six largest oil sands producers agreed to a C$14 billion project that would create a CCUS network in northern Alberta. The proposed project has the potential to capture 40 megatonnes of CO2 per year from 20 oil sands facilities and other industries in the same area11. Examples of existing CCUS projects in Canada include the Alberta Carbon Trunk Line (ACTL), the Quest Project, and the Boundary Dam Carbon Capture Project. In December of 2021, the Government of Alberta launched its first Request for Full Project Proposals (RFPP) from companies interested in developing and operating a carbon sequestration hub in Alberta’s heartland region12. In March of 2022, the Government of Alberta launched its second RFPP from companies interested in doing the same but in other regions in Alberta, and also committed C$1.2 billion through 2025 to the ACTL and Quest Project13.

Hydrogen energy continues to experience significant momentum and is being recognized for its potential to support a decarbonized future, although significant commercialization is likely to take time14. In 2021, Canada launched its first hydrogen HUB near Edmonton, Alberta. In the same year, Suncor Energy and ATCO Ltd. partnered to build Canada’s largest hydrogen production project in Fort Saskatchewan, Alberta15. The Government of Canada also recently announced its intention to form a hydrogen alliance with Germany16. These initiatives support Canada’s Hydrogen Strategy. At the same time, the Alberta provincial government is also advancing regulatory initiatives to support blending hydrogen in natural gas distribution systems (read more in our article “The changing face of energy regulation in Alberta and Ontario”).

LNG is an integral component of the international gas trade17. Knock-on effects of the Russia-Ukraine conflict have altered global LNG trade patterns, presenting unique challenges and opportunities for the industry.

In Canada, the LNG industry is emerging18. Two global-scale LNG export projects in Canada are progressing. In March 2022, a critical piece of infrastructure arrived at LNG Canada’s project site in Kitimat, British Columbia, marking the next phase of construction for the project.19. In July of 2022, Enbridge and Pacific Energy announced their agreement to jointly invest in the construction and operation of the Woodfibre LNG Project. The project is a proposed LNG export facility forecasted to produce 2.1 million tonnes of LNG per year, and is located near Squamish, British Columbia20. These projects are intended to supply natural gas to global markets and bolster Canada’s presence in the global LNG market.

Canada’s oil and gas industry remains in a strong position. While the role of the industry is evolving in light of energy transition initiatives, and global headwinds continue to contribute to market volatility, there is no doubt that industry will continue to play an influential role in the global economy.