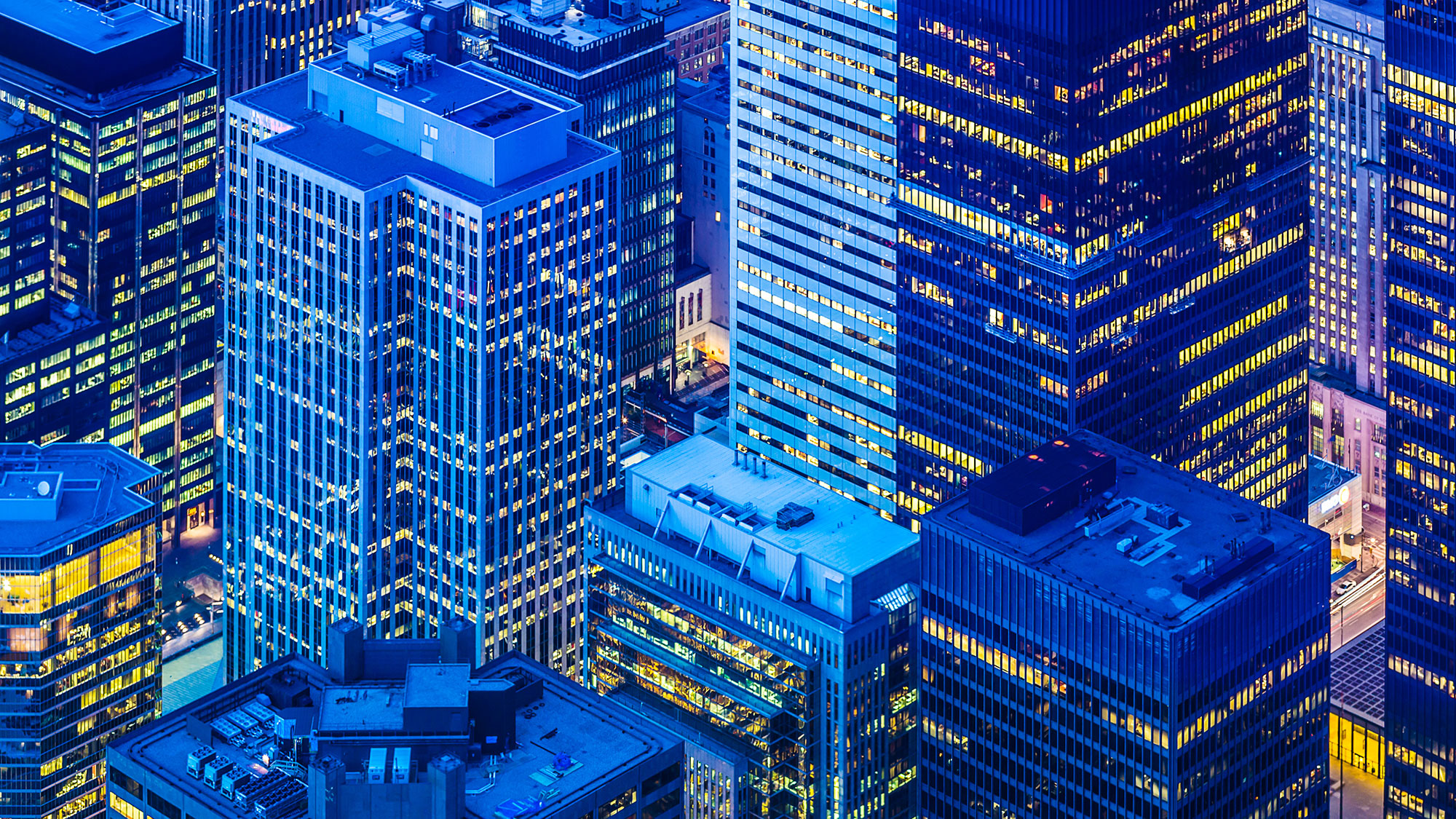 What’s ahead for business disputes in 2022

In 2021, Canadian courts saw a variety of cases related to the pandemic and otherwise. Precedent-setting rulings from last year which will have implications for organizations in 2022 include significant developments in contract law, employment law and other areas of disputes.

MAE clauses and the pandemic

As litigation related to COVID-19 makes its way through the courts, it has become increasingly apparent how they will deal with pandemic-related contract disputes. In the late 2021 ruling in Cineplex v. Cineworld, the Ontario Superior Court reduced some of the uncertainty that had previously surrounded MAE clauses, giving purchasers better guidance in deciding whether to assert an MAE in the future (read our full analysis on Cineplex here).

The decision suggests Canadian courts will take the parties’ risk allocations seriously. Courts will not let a party escape their bargain on the basis of a risk that they agreed to bear. In this case, carving “outbreaks of illness” out from the definition of Material Adverse Effect had the effect of allocating the risk of a global pandemic to Cineworld. Although these types of events are extremely rare, they can have a significant impact on the economics of a transaction. However, the courts will not allow parties to exploit the delay between signing and closing to try to escape their obligations.

The Supreme Court of Canada’s decision in Wastech v. Greater Vancouver Sewerage and Drainage District clarified the scope of the duty to exercise contractual discretion in good faith1, confirming that it is a general doctrine of contract law, and that it will be breached when a discretionary power is exercised in a manner unconnected to the purpose for which it was granted. This means that even where a contract entitles a party to exercise a power in its sole discretion, the duty of good faith can limit the manner in which the power can be exercised.

When drafting contracts, parties should be specific about when discretion can be applied, as well as to the bounds and purpose of the discretion, as this will all be considered in determining whether discretion was exercised in good faith.

The limit of discretionary power is to be determined through contractual interpretation, rather than general notions of fairness. The Supreme Court’s approach, based in parties’ freedom to contract, allows “some elbow-room” for the “aggressive pursuit of self-interest”2. When drafting contracts, parties should be specific about when discretion can be applied, as well as to the bounds and purpose of the discretion, as this will all be considered in determining whether discretion was exercised in good faith.

Wastech follows the Supreme Court’s late 2020 decision in C.M. Callow Inc. v. Zollinger in which the Court held that the duty of honest performance in contract goes beyond not lying to a counterparty and includes not knowingly misleading the party, including by omission.

In July 2021, the Supreme Court finally eliminated the 150-year-old “Blackmore Rule” which allowed courts to consider evidence of surrounding circumstances to determine the scope of a release. This evidence was usually used to narrow the release to the dispute that gave rise to the release in the first place. In Corner Brook (City) v. Bailey, the Supreme Court of Canada unanimously held that Blackmore should no longer be followed3.

Post-Corner Brook, releases will be treated like any other contract and be interpreted contextually. Parties seeking to make their releases broad enough to cover unknown or unforeseen claims may do so, but must draft them accordingly.

We expect the high levels of employment litigation activity in Canada to continue. Proposed employment class actions continue to be some of the most challenging and important cases companies face in 2022. Recent discrimination class actions on the basis of sex, gender, sexual harassment, race and, more recently, pay-equity based claims continue to be launched.

The continued rise of the gig economy is also likely to result in increased claims related to the misclassification of employment status.

In some instances, courts have been hesitant to allow these claims to proceed by way of class action, holding that using the human rights administrative process may be a preferable procedure. However, the manner in which these claims are pleaded continues to evolve, for example, to include allegations of breach of contract, breach of implied undertakings and breach of common law duties of care. As a result, we are likely to learn more in 2022 about whether discrimination cases will be seen by courts as preferable for class action treatment.

The continued rise of the gig economy is also likely to result in increased claims related to the misclassification of employment status (such as the proposed class actions against Amazon, SkipTheDishes, and Uber in recent years). Proposed employment class actions seeking damages for vacation and holiday pay are also likely to see continued filings in 2022, although Ontario courts have recently been hesitant to certify these types of claims because of their individualistic nature.

In Fraser v. Canada (Attorney General), the Supreme Court of Canada considered whether public sector pension plans need to account for the impact of systemic barriers to equal participation in the workplace (read our full analysis on Fraser here). The ruling confirmed that what appears on its face to be a neutral element of a pension program could in fact constitute adverse impact discrimination, infringing the equality guarantee contained in section 15 of the Charter of Rights and Freedoms. The Supreme Court’s decision in Fraser has important implications for companies. While they are not technically subject to section 15, the Supreme Court’s views of equality inevitably influences how lower courts and other institutions think about workplace equality issues more generally.

In a cautious win for employers on entitlement to unvested stock options on termination, the Court of Appeal for Ontario in Battiston v. Microsoft Canada Inc. confirmed that requiring an employee to electronically acknowledge stock award terms can make those terms enforceable4. Microsoft communicated stock awards every year in an email to employees, requiring them to acknowledge having read, understood, and accepted the terms. The plaintiff argued that as a Microsoft employee he did not read them, was not aware of a term that stocks would stop vesting after termination, and should not be bound by it. The trial court had found for the employee on this point, but the Court of Appeal reversed the decision, holding that a party who has notice of terms cannot escape them by opting not to read them. Battison comes on the heels of the Supreme Court of Canada’s 2020 decision on entitlement to bonus payments on termination in Matthews v. Ocean Nutrion Canada Limited5, and points to Canadian courts’ willingness to uphold agreements that unambiguously limit employees’ entitlements to discretionary payments after termination.

While many employers have instituted mandatory vaccination policies, we are still waiting to hear what Canadian courts think of them. In 2021, we saw the Ontario Superior Court of Justice in Blake v. University Health Network decline to issue an injunction prohibiting several hospitals from terminating unvaccinated employees6. The Court reasoned that termination could not constitute irreparable harm because an employee’s right is to notice for wrongful dismissal, not ongoing employment. It also held that unionized employees had no standing to bring the application because their collective agreement limited their recourse to a labour tribunal or an arbitrator. While the decision may be a win for employers, it is silent on the legality of mandatory vaccination policies generally, and other court challenges to mandatory vaccination policies remain outstanding. We expect more disputes will arise from mandatory vaccination policies as organizations across the country work to conduct their operations under the changing conditions of the pandemic.

Climate change: GGPPA Reference and the rise of climate litigation

Following challenges to the Greenhouse Gas Pollution Pricing Act (GGPPA) in several provinces, a majority of the Supreme Court held that the GGPPA is a valid exercise of Parliament’s power to make laws for Peace, Order, and Good Government (POGG)7. This has the potential to reinvigorate the national concern branch of POGG in a way that that allows Parliament to regulate in areas previously thought to be largely within provincial jurisdiction, particularly if the matter being regulated has an extra-provincial effect.

Every new configuration of the Court brings new adventures in federalism, and we do not expect this to be any different.

Although this was a very important decision, it was not unanimous. Three judges dissented. Of the six in the majority, one has retired (Justice Abella) and another (Justice Moldaver) will retire in 2022. Every new configuration of the Court brings new adventures in federalism, and we do not expect this to be any different. Time will tell whether the GGPPA Reference is a one-off expansion of federal powers in light of the dangers associated with climate change, or a new avenue for the federal government to regulate by imposing minimum national standards on matters with interprovincial effects.

Following the Supreme Court’s decision, attention has now turned to how the federal government evaluates the stringency of provincial carbon pricing regimes. The Federal Court recently rejected Manitoba’s challenge to the application of the GGPPA’s backstop fuel charge in the province, ruling that the federal government had properly determined that Manitoba’s regime was insufficiently stringent. Building on these decisions, Environment and Climate Change Canada is expected to address perceived gaps in is stringency rules later this year, following its five-year review of the GGPPA.

More broadly, litigation related to climate change is rising around the world, with the number of climate-related cases more than doubling since 20158. While the majority of these disputes originate in the United States, they are increasing and expanding to more countries and becoming more diverse in the type and nature of legal challenge. And while governments are frequently the targets of climate litigation, stakeholders are increasingly using climate litigation to influence corporate governance, including ESG- and emissions-related commitments, such as in the Dutch court’s high-profile decision requiring Royal Dutch Shell to further decarbonize by 2030, a ruling that is now under appeal. This trend is emerging in Canada too, with climate change-related shareholder proposals on the rise, and corporate green marketing claims being challenged at the Competition Bureau.

A number of key decisions from 2021 show us that the courts are likely to hold parties to the contracts they agree to, barring evidence of significant unfairness. In 2022, businesses should carefully review their agreements with a view to ensuring that the documents reflect their agreements as they understand them, and not count on the courts rescuing them from bargains that may have become unfavourable. At the same time, 2021 court developments also demonstrate that businesses remain vulnerable to claims by consumers or employees even if they abide by the literal words of the contract. As 2022 unfolds it will be interesting to see how these and other dispute dynamics will play out for businesses as they continue to weather the ongoing disruption of the pandemic.