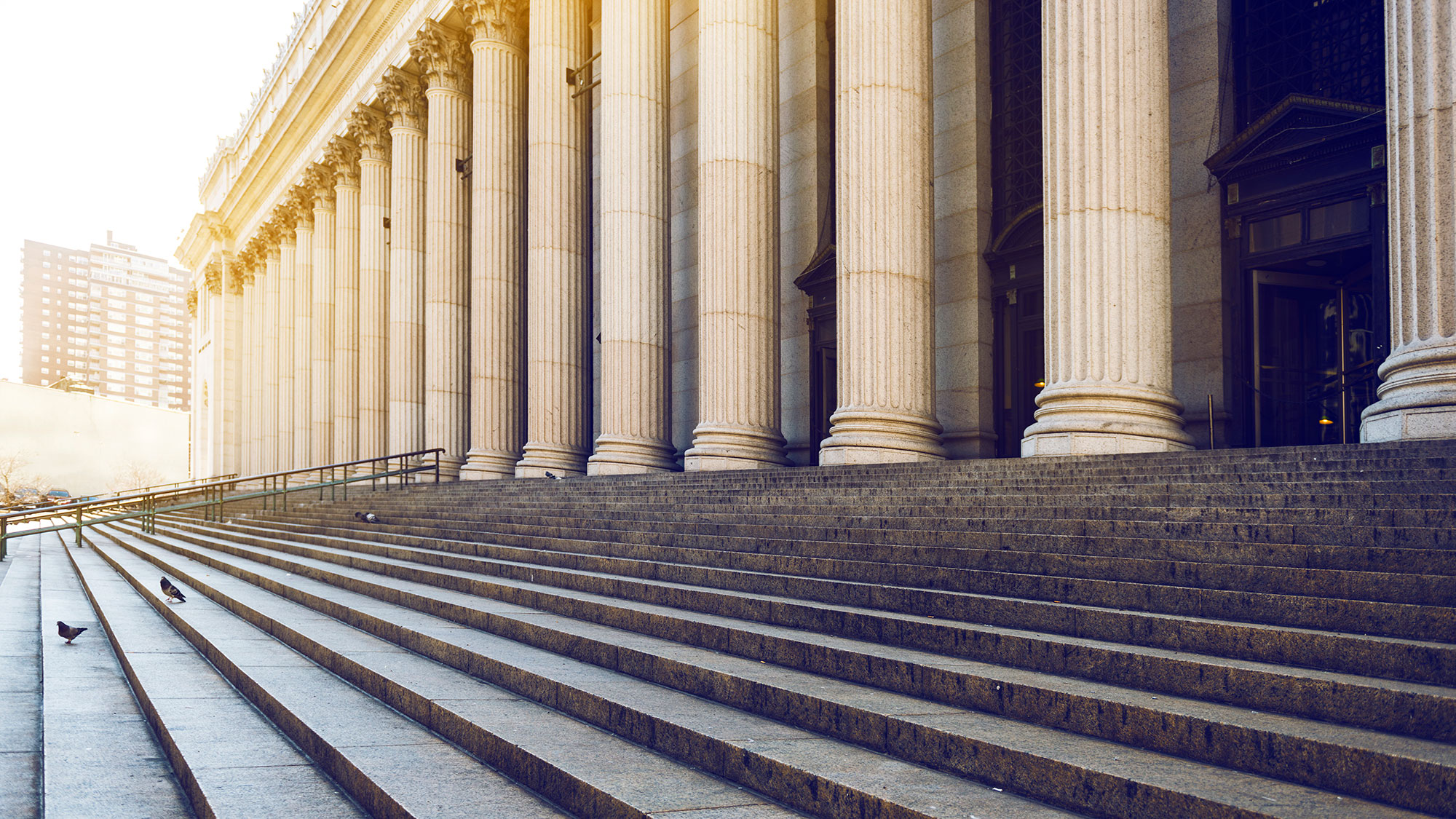 It was a busy year in corporate and commercial litigation, with the release of several precedent-setting cases that will have an impact on commercial disputes for years to come.

MAE clauses typically allow purchasers to walk away from purchases prior to closing if a “material adverse event” occurs between signing and closing. Ordinary course covenants generally require sellers to conduct their business “in the ordinary course” between signing and closing and require the purchaser’s consent to act outside the ordinary course while the closing of the deal is pending. Though the subject of some high-profile cases south of the border, there was until recently a paucity of Canadian case law interpreting these provisions.

That changed with the release of the decision of the Ontario Superior Court of Justice (Commercial List) in Fairstone Financial Holdings Inc. v Duo Bank of Canada1 (Duo Bank) at the tail end of 2020. In this case, the purchaser Duo Bank had sought to terminate an agreement to purchase the shares of Fairstone Financial Holdings on the basis of the COVID-19 pandemic, which it alleged constituted an MAE2.

The Court adopted a three-part test drawn from U.S. jurisprudence to interpret whether an occurrence constitutes an MAE. The party alleging the MAE must show that there has been i) an unknown event that ii) substantially threatens the overall earnings potential of the target iii) in a durationally-significant manner. If an MAE is established, the burden shifts to the responding party to show whether the occurrence is nonetheless subject to a carveout in the specific agreement at issue before the court. Where the purchaser does not accept the termination, the time for assessing whether the occurrence constitutes an MAE is at the outside date for closing.

In Duo Bank, the Court found that the COVID-19 pandemic would otherwise have formed an MAE, but fell within the specific carveouts in the parties’ agreement that took Duo Bank’s complaint outside the scope of the MAE provision.

The Court ordered Duo Bank to close the transaction, finding specific performance to be the appropriate remedy in the event that the refusal to close was a breach of the agreement.

Following Duo Bank, the Ontario Superior Court of Justice (Commercial List) heard another MAE case in Cineplex Inc. v Cineworld Group plc (“Cineplex”), after the purchaser (Cineworld) sought to terminate a transaction to purchase the shares of Cineplex on the basis of an MAE3.

In Cineplex, the parties expressly excluded pandemic-related events from the scope of their MAE clause. However, unlike Duo Bank, the target (Cineplex) did not seek specific performance of the agreement (i.e. to close the deal) to remedy the purchaser’s refusal to close. Instead, it accepted what it alleged was a wrongful termination by the purchaser and sued for damages. Like the purchaser in Duo Bank, Cineworld argued that it was not required to close the transaction because Cineplex had breached the agreement by acting outside of the normal course of business through its response to the pandemic, namely by closing theatres and aggressively managing cash flows.

The Court rejected Cineworld’s argument, holding that Cineplex had acted in the ordinary course because by closing movie theatres because it was acting according to public health requirements and by aggressively managing cash flows because it had acted similarly in the past when responding to other significant business challenges.

With respect to damages, the Court also rejected Cineworld’s argument that Cineplex was only entitled to collect reliance damages consisting of its transactions expenses ($5.5 million) and instead awarded $1.237 billion, representing the losses Cineplex sustained as a result of the expected synergies of the merger that ultimately did not accrue because of Cineworld’s refusal to close. Notably, in awarding damages, the Court distinguished between the harm Cineplex experienced as a result of Cineworld’s breach and the harm its shareholders may have suffered, which the Court held was not the appropriate measure of damages given that the contract was between Cineworld and Cineplex, not Cineplex’s shareholders.

In view of the unprecedented nature of the COVID-19 pandemic, Duo Bank and Cineworld confirm that the hurdle to prove an MAE is high and underscores the importance of the specific terms of parties’ M&A agreements, particularly expressly stated exceptions. The Court’s approach to interpreting MAE provisions in these cases is generally aligned with the approach taken by American courts with the exception of its interpretation of ordinary course covenants, which is even more seller-friendly.

As we enter year three of the pandemic, COVID-19 can no longer be considered a novel or unforeseeable event. As such, it seems unlikely that we will see a flood of MAE cases in the coming years on the basis of COVID-19 specifically. Nonetheless, Duo Bank and Cineplex will no doubt bear careful consideration by any party seeking to assert an MAE in the future.

2. Contractual discretion and the duty of good faith

2021 also saw important developments in contract law that will have a significant impact on the operations of commercial parties navigating contractual disputes for years to come.

In Wastech Services Ltd. v Greater Vancouver Sewerage and Drainage District4 (Wastech), the Supreme Court clarified and arguably expanded the scope of the duty of good faith in contract.

In Wastech, the Greater Vancouver Sewerage and Drainage District (Metro) entered into a contract for the removal of waste to three disposal sites with Wastech Services Ltd. (WSL) that permitted Metro to allocate waste between the three sites in its “absolute discretion” and provided that WSL’s rates would be different depending on the site. Metro subsequently allocated waste in a manner that prevented WSL from achieving its cost/revenue ratio target.

Although the Supreme Court ultimately sided with WSL, it held that even where a contract entitles a party to exercise a power in its discretion, the duty of good faith requires that the discretion cannot be exercised unreasonably. An exercise of discretion will be unreasonable if it is unconnected to the underlying purpose of the discretion in the contract. In Wastech, it was reasonable for WSL to allocate waste in a manner that limited Metro’s profits because doing so was consistent with the purposes for which the discretion was included in the agreement, namely operational efficiency and minimizing costs.

Wastech follows the Supreme Court’s decision in C.M. Callow Inc. v Zollinger5(Callow), released late in 2020, in which the Court held that the duty of honest performance in contract goes beyond not lying to a counterparty and includes not knowingly misleading the party, including by omission6.

In Corner Brook (City) v Bailey7 (Corner Brook), the Supreme Court did away with the “Blackmore Rule”, which provided that words in releases should be interpreted as being limited to things that were specifically contemplated by the parties. Instead, the Court confirmed, releases should be treated like any other contract and interpreted in accordance with the modern principles of contractual interpretation articulated in Sattva Capital Corp. v Creston Moly Corp.8, under which courts are required to read a contract as a whole, giving the words used their ordinary and grammatical meaning, consistent with the surrounding circumstances known to the parties at the time of formation of the contract.

Corner Brook is representative of the movement in the law of contractual interpretation from a more textual and literal approach historically taken to the contextual approach of today. The Blackmore Rule has traditionally led courts to take a narrow approach to interpreting releases. Going forward, Corner Brook may give rise to releases being interpreted to capture a broader scope of claims than has historically been the case.