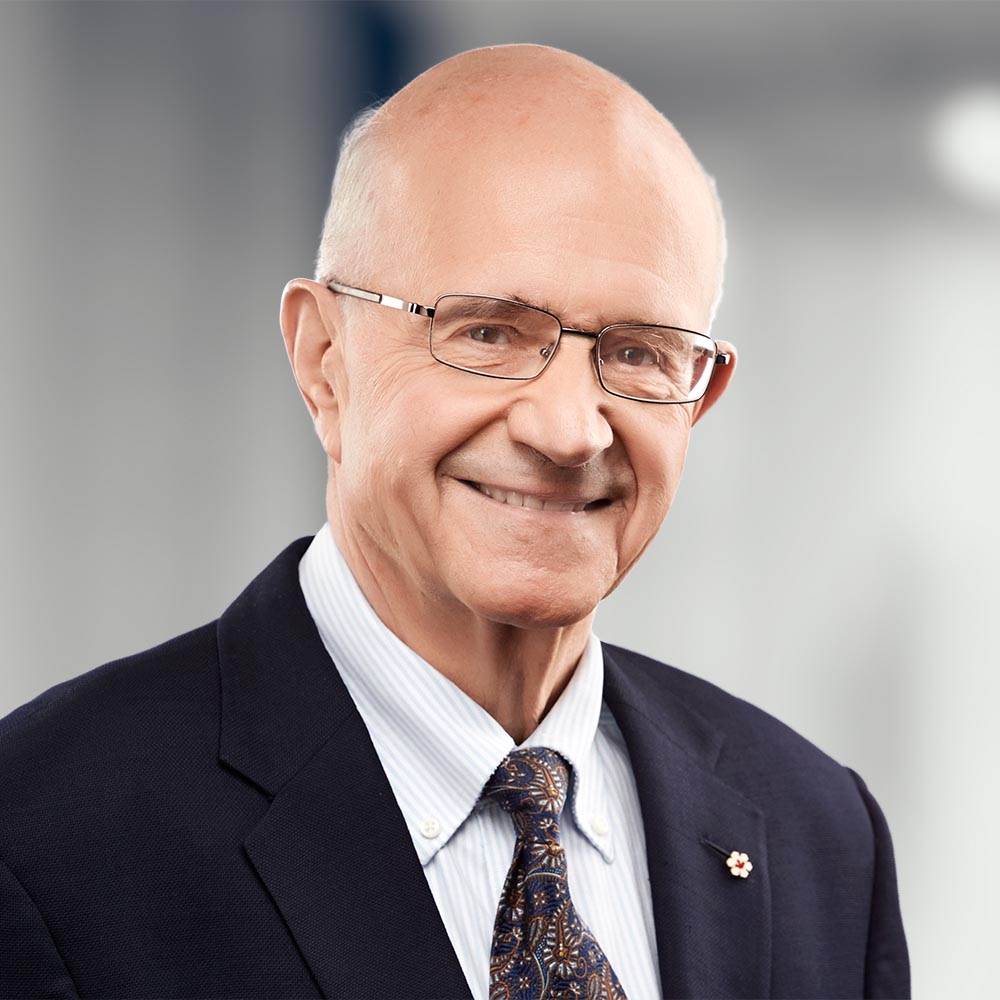 A former Justice of the Supreme Court of Canada, Frank is a highly skilled negotiator, consensus builder and strategic advisor to governments, Indigenous groups and businesses.

Frank advises government, Indigenous groups and businesses on critical legal and policy matters, including matters involving reconciliation between Indigenous peoples and Canada, addressing Indigenous rights, and the discharge of the duty to consult. His work includes guidance, advice and support to clients of Torys and members of the firm.

He has a wealth of experience advising the government on Indigenous matters, including major energy projects. Interviewees characterise him as ‘very, very knowledgeable and open to discussion.’
—Chambers Global, 2021

In 2018, Frank was appointed by the Government of Canada to oversee consultation and accommodation discussions with Indigenous Communities regarding the Trans Mountain Pipeline expansion.

From 2017 - 2018, he mediated the Manitoba land claim between Waywayseecappo First Nation and Government of Canada.

In 2014, Frank submitted his report following an independent review of various matters for Chief William Blair of the Toronto Police Service relating to police encounters with mentally or emotionally disturbed persons.

From 2014 - 2018, Frank represented the Province of Ontario in its negotiations with the Chiefs of the Matawa Council on the Ring of Fire.

In 2011, he was appointed by the Ministry of the Attorney General of Ontario as an Independent Reviewer to provide a report on the process for including individuals living in First Nations reserve communities on the province’s jury roles.

In 2010, Frank was on the panel to review Canadian officials handing over Afghan detainees to ensure torture was not involved.

In December 2006, Frank was appointed Commissioner to lead a terrorism inquiry into the conduct of Canadian officials regarding certain individuals. He also was appointed by the Government of Ontario to lead discussions that resulted in a Framework Agreement between Grassy Narrows First Nation and the Ministry of Natural Resources.

In November 2006, he was appointed by the Ontario Ministry of the Attorney General as a member of the Board of Governors of the Law Commission of Ontario.

In June 2005, Frank was appointed by the Government of Canada as its representative to lead discussions toward a fair and lasting resolution of the legacy of Indian residential schools.

Frank has had a distinguished career in private practice, academia, government and the judiciary. He began his career in 1964 as a lawyer at Dewey, Ballantine, Bushby, Palmer & Wood in New York, where he practised corporate and securities law. In 1967, he joined the Faculty of Law, University of Toronto, and was a professor of law there until 1985. He also served as Vice-President, Internal Affairs at the University of Toronto from 1975 to 1979 and Dean of the Faculty of Law from 1979 to 1983. From 1983 to 1985, he was Vice-President and Provost of the University. In 1985, Frank was appointed Deputy Minister of Justice and Deputy Attorney General for Canada; in 1988, Chief Justice of the Federal Court of Canada; and in 1991, a Justice of the Supreme Court of Canada. Upon his retirement from the Supreme Court in 2004, he served as Interim President of the University of Toronto.

During his academic career, Frank was also a Commissioner of the Ontario Securities Commission from 1982 to 1985, and Counsel to the Estey Commission in 1974.

He has also conducted numerous arbitrations and mediations and lectures and presentations. He has authored or edited many books, and written numerous articles and commentaries on various subjects.

Frank has received numerous awards, honours and other recognitions in Canada, the United States, the United Kingdom and Italy.

Frank is also a recipient of the Law Society Medal of Ontario and is an Honorary Fellow of the American College of Trial Lawyers and of St. John’s College, Cambridge.

On October 2, 2009, Frank was awarded the Justice Medal for lifetime achievement from the Canadian Institute for the Administration of Justice. He was appointed an Honorary Witness by the Truth and Reconciliation Commission of Canada in April, 2014.

He was also appointed a Companion in the Order of Canada in July 2007. In 2010 he was inducted into the Italian Walk of Fame and in 2012 awarded the Queen Elizabeth II Diamond Jubilee Award.

Frank has held many advisory roles and directorships over his career, including: