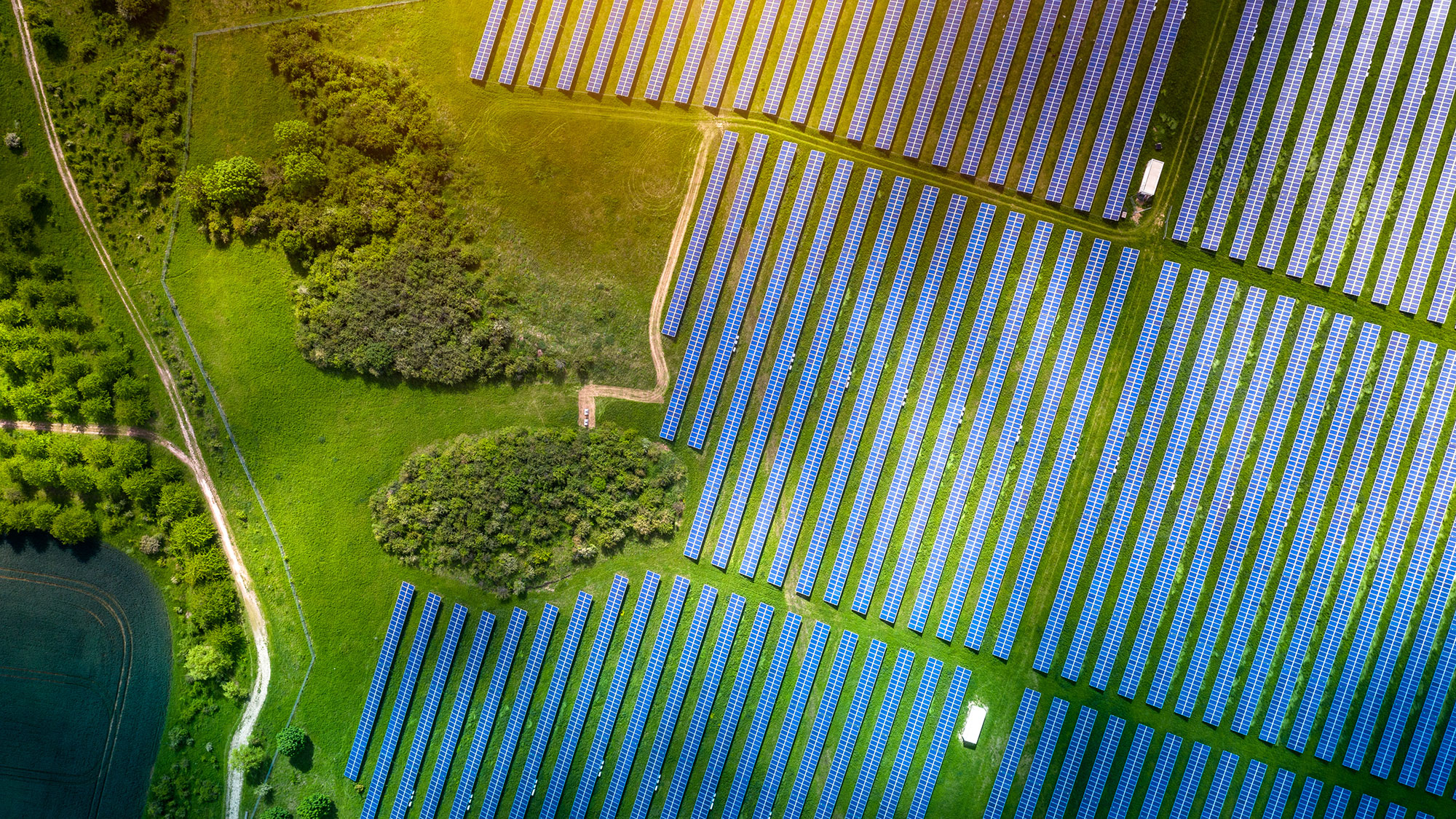 The rise of voluntary carbon markets

The voluntary carbon markets (VCMs) are poised for explosive growth in 2022. At the conclusion of COP26 in Glasgow, 632 of the world’s largest 2000 public companies by revenue had announced plans to achieve Net Zero greenhouse gas (GHG) emissions1. Although not all of these companies will use carbon credits to help achieve their decarbonization goals, many will. Over 40% of these firms plan to use offsetting as a strategy to achieve their Net Zero commitments, with few companies ruling out this possibility2. According to the World Bank, this growth “in voluntary corporate commitments is the main driving force behind increased carbon credit demand”3.

For years, the global carbon markets were dominated by compliance credits—credits that can be used for compliance with domestic or international emissions reduction regimes. For example, most of the early trading in carbon offsets was in Certified Emissions Reductions under the Clean Development Mechanism (CDM), which were primarily used for compliance with the Kyoto Protocol4.

In contrast, voluntary credits are issued in respect of projects registered with voluntary emissions reduction programs, such as the Verified Carbon Standard (VCS) or the Gold Standard. These credits are not used for compliance with a regulatory regime, but rather to support voluntary corporate GHG reduction commitments or claims.

In recent years, the VCMs have grown rapidly as more of the world’s largest companies commit to achieving Net Zero—to balance their GHG emissions with GHG removals over a specified time period5. In 2020, the VCS alone registered 127 projects and issued credits representing 140.37 megatonnes of carbon dioxide equivalent (MtCO2e). In contrast, the CDM registered 15 projects and issued 74 MtCO2e in credits.

Figure 1: Use of carbon crediting schemes6

In fact, between 2019 and 2020, credit issuances by the VCS and other “independent” VCMs outpaced the growth in “domestic” and “international” compliance credit regimes, as seen in the following figure.

The rapid growth in the VCMs will accelerate in the coming years, especially as more companies announce Net Zero commitments. As one telling example, Shell has announced its intention to purchase carbon credits representing 120 million MtCO2e annually by 2030—a volume that exceeds the total size of all voluntary markets in 20197. The Net-Zero Banking Alliance, comprised of institutions representing over 40% of global banking assets, has also committed to aligning its lending and investment portfolios with Net Zero emissions by 2050, which in many cases will involve the purchase of carbon credits8. According to some models, the market for voluntary carbon credits is expected to increase fifteenfold by 2030 and one hundredfold by 20509.

The value of the voluntary markets is estimated to grow in parallel to this demand. In 2020, the value of the VCMs was estimated to be approximately $300 million. That value is expected to grow to anywhere between $5 and $180 billion annually by 203010. The chief executive of the Institute of International Finance has predicted the market to be worth approximately $100 billion a year by 205011.

Such a rapid scaling of the VCMs will present challenges. First, there remains an open debate over whether and to what extent companies looking to achieve their Net Zero commitments should use carbon credits at all. Historically, concerns have been raised over the environmental integrity of certain offset credits. For example, in the early days of the CDM, market observers found that some credits were awarded to projects that did not achieve meaningful emissions. A leading project developer explained to us the growing pains evident in the CDM’s early days: “[t]here used to be too little scrutiny of projects [and] a lot of projects that got through were undeserving”12. This sentiment was relatively widespread; some criticized the CDM as a subsidy program for activities that, in certain cases, did not ultimately produce real, verifiable and additional emissions reductions13.

The carbon markets, including the VCMs, have learned from earlier experiences, and many programs now generate higher quality credits more efficiently.

Although the environmental integrity of the carbon markets has improved over the years, these concerns still linger and support the view that only high-quality credits, which reflect actual emissions reductions, should be used to balance corporate carbon accounting books. This has led organizations like the Task Force on Scaling Voluntary Carbon Markets (the Taskforce), the Science-based Targets Initiative and the Oxford Principles for Net Zero Aligned Carbon Offsetting to recommend that corporations should first prioritize their own emissions, and use carbon credits only as a supplementary strategy to achieve Net Zero14.

Another challenge in scaling the VCMs is how to get enough high-quality credits to market in time to meet demand. This has been another recurring issue in carbon markets. In the early days of the CDM, the system was flooded with new offset projects. As a member of the CDM’s Registration and Issuance Team described that time to us:

[T]here would be a permanent strain in the first years as everybody scrambled to keep up with the workload, which, of course, relates to all the players in the system—the regulators, the validators, even some of the project developers. The CDM grew very quickly and maybe a bit too quickly15.

The carbon markets, including the VCMs, have learned from those early experiences, and many programs now generate higher quality credits more efficiently than the CDM did in its first few years. In addition, market actors—including project proponents, program administrators and buyers—generally recognize that carbon credits are only helpful in achieving Net Zero targets if they have environmental integrity. Otherwise, they do not function to balance corporate emissions, but instead can expose those companies to claims of “carbon washing”. As a result, many companies prefer to buy high-quality carbon removal credits—credits representing carbon dioxide that is removed from the atmosphere and stored either in the biosphere (e.g., in forests, soil or the oceans) or in geological formations, rather than credits representing avoided emissions.

Promising efforts are underway to harmonize and scale up the currently fragmented VCMs to address growing demand.

According to some estimates, the demand for voluntary carbon credits to achieve a 1.5-2 degree compliant climate scenario may require up to 7-13 gigatonnes of CO2e removals or storage each year by 205017.

McKinsey estimated there may be approximately 8-12 gigatonnes available, but certain supply issues may impede the flow of credits into market. The availability of verifiers, the geographic concentration of credits and financing challenges may all restrict the availability of high-quality credits.

Promising efforts are underway to harmonize and scale up the currently fragmented VCMs to address growing demand. In particular, the Taskforce has announced the formation of an independent governance body that would administer Core Carbon Principles (CCPs)18, a standardized set of environmental integrity standards that would be used to evaluate carbon credits. Once certified against the CCPs, carbon credits could be given attribute tags, indicating, as applicable, the credit type (e.g., avoidance or removal), the method of carbon sequestration or storage, whether any corresponding adjustments were made when the credit was sold from its originating jurisdiction and whether the credit involved any co-benefits (e.g., for the local community or biodiversity)19. Credits with CCP tags could be bought and sold through standardized exchange-traded contracts, which could be priced based on the underlying attributes.

Although significant work remains to implement this type of system, it does offer a promising solution to unify what remains a fragmented and relatively early-stage market in the face of quickly accelerating demand.