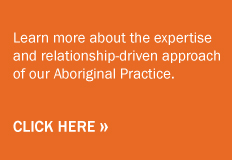 The Supreme Court of Canada's unanimous decision in Daniels v. Canada is important in a number of respects. The Supreme Court determined that the federal government has legislative and regulatory responsibility for the Métis and Indigenous people without status under the Indian Act (non-status Indians).1

The Supreme Court also reaffirmed that the federal government continues to owe the Métis and non-status Indians a fiduciary duty, and the duties to consult and negotiate in good faith, on a collective basis through representatives of their choice, respecting all their rights, interests and needs as Aboriginal peoples.2

What You Need To Know