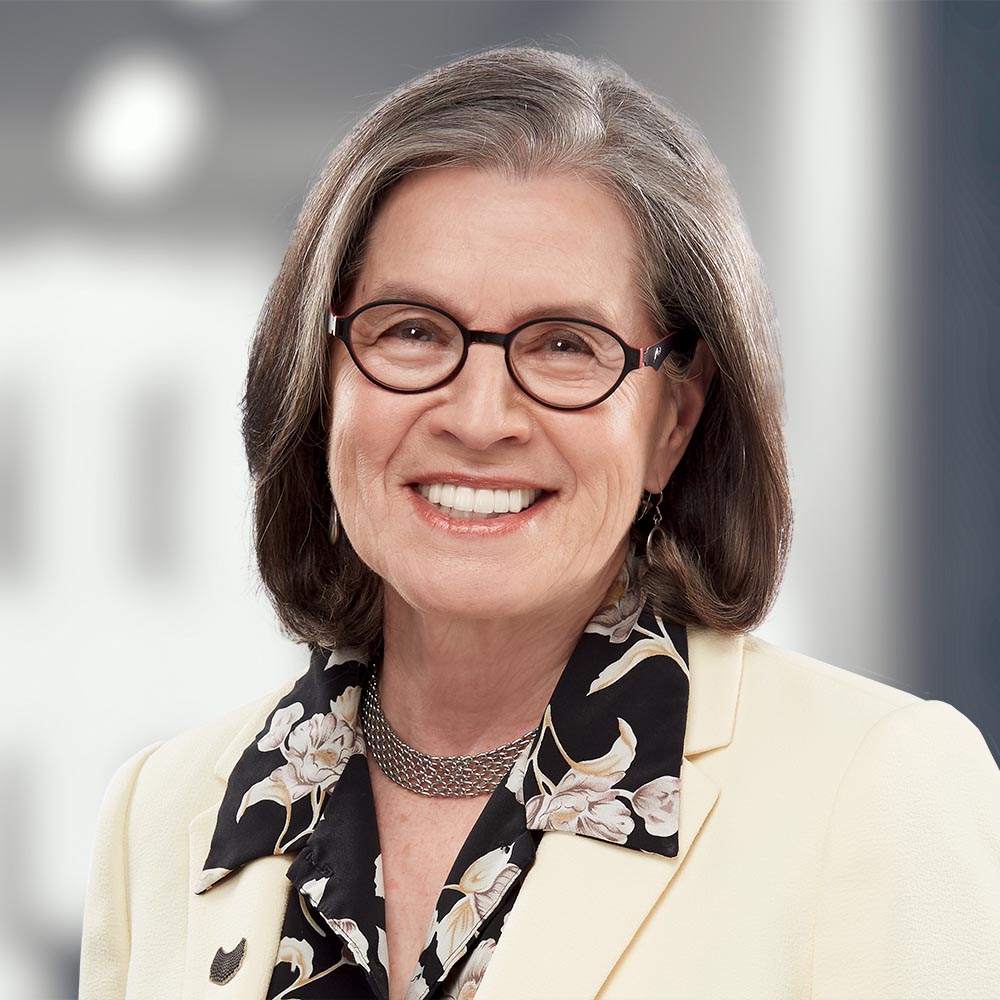 Sheila Block is one of the most recognized litigators in Canada. The depth of her experience, the exceptional quality of her advocacy skills, and her dedication to clients’ interests make her a highly sought-after advocate across all manner of disputes.

Sheila is a senior trial and appellate counsel with a broad civil litigation practice, including corporate/commercial and securities litigation, intellectual property, defamation and administrative law cases. She has appeared as counsel at all levels of court in Canada and before international arbitrations and other tribunals.

[E]xtraordinary….[a] guru on litigation…she is just an impeccable litigator who brings the full package.
—Chambers Canada, 2021

Sheila has spoken and written extensively on advocacy and civil litigation. Her publications include the Canadian edition of Steven Lubet’s Modern Trial Advocacy. Sheila has also taught advocacy for the National Institute for Trial Advocacy in Canada, the United States, England, Scotland, New Zealand and El Salvador, as well as for the U.N. War Crimes Tribunal in Rwanda and the Special Court in Sierra Leone. She has also conducted advocacy programs for the Foundation for International Arbitration Advocacy in Switzerland, France, England, Brazil, India and Singapore. She has participated in advocacy demonstrations at conferences, including the Cambridge lectures in Cambridge, England; the Canadian Bar Association Annual Meeting in London, England; the Advocacy Symposium in Toronto, Ontario; and the Institute for Continuing Legal Education in Ann Arbor, Michigan. She has taught an intensive advocacy course at the University of Toronto Law School and has taught in the LLM program in litigation offered by the Osgoode Hall Law School.

Sheila is a Trustee and the President for the Harold G. Fox Foundation, the Chair for the Touching Tiny Lives Foundation and a Trustee for the Foundation for International Arbitration Advocacy in Geneva. She is also on the President’s Council for the University of Ottawa, and the Advisory Board for the Program on Ethics, Business and the Law at University of Toronto Law School. As well, she was the former director for the Canadian Civil Liberties Association.

Sheila is a member of The Advocates’ Society; the Supreme Court Advocacy Institute, National Advisory Committee; the President’s Council, University of Ottawa; the American College of Trial Lawyers (Fellow, 1991); the International Society of Barristers (Fellow, 1992); and the Commercial Bar Association of England (honorary member).