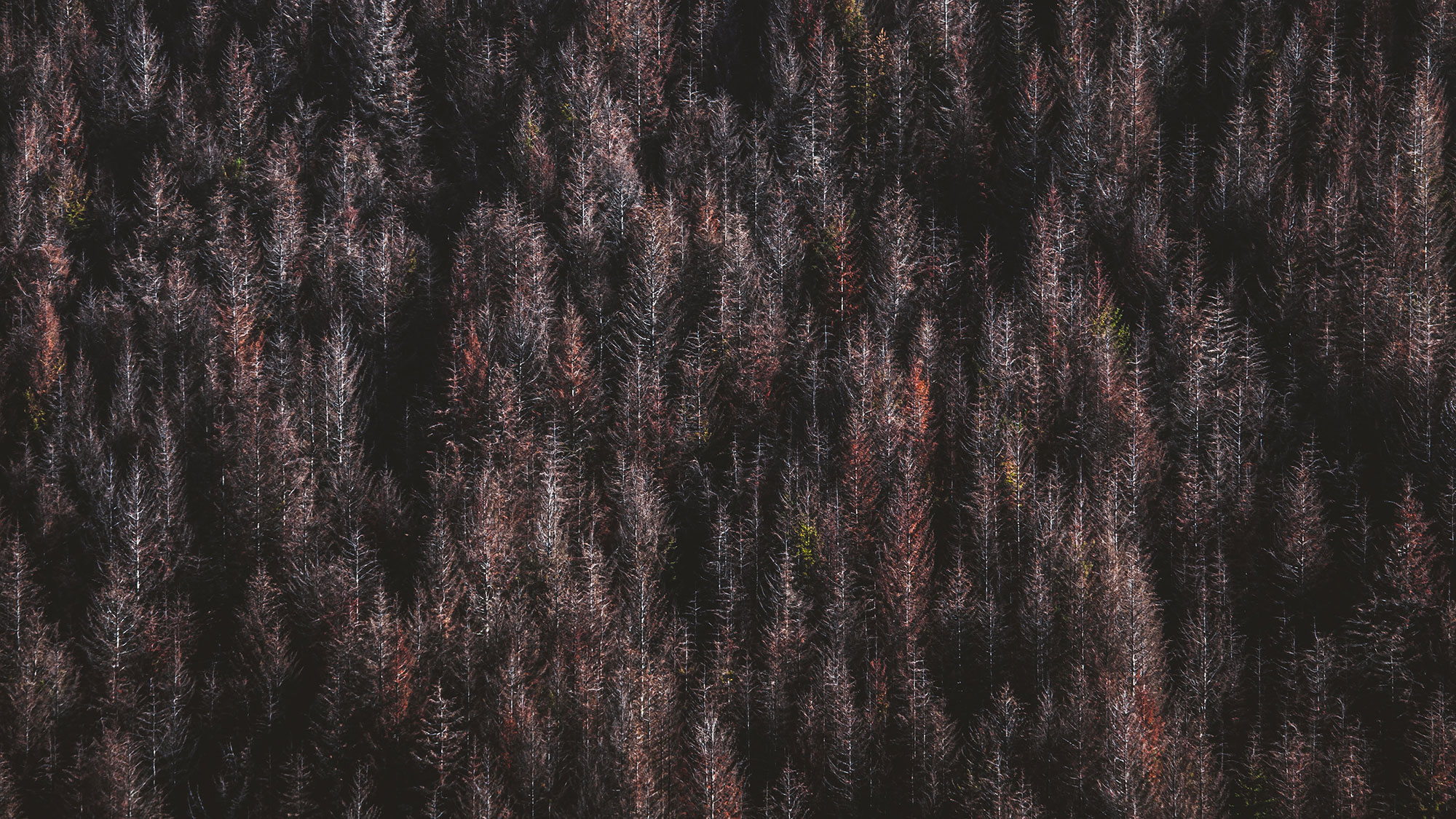 Our early use of hydroelectric generation facilities has resulted in a long history of energy storage in Canada.

For instance, the Sir Adam Beck Pump Generating Station at Niagara Falls, which was built in 1957, is an Ontario Power Generation-owned and operated pumped-hydro storage system that uses off-peak electricity to pump water into its reservoir, which is then released during peak hours to turn turbines that produce up to 174 MW of power1.

More recently, energy storage has gained popularity as a tool for providing flexibility and efficiencies for the electrical grid and as a critical component of Canada’s energy transition and decarbonization. Energy Storage Canada2, a non-profit organization that promotes energy storage, reports that energy storage projects are operating in each of Ontario, Alberta, Saskatchewan, and PEI, with additional projects under development in these provinces as well as in New Brunswick and Nova Scotia3. The leading market developments, however, have been in Alberta and Ontario.

The energy storage market in Alberta is attractive for two reasons: financial incentives and the existing regulatory framework (with additional regulatory proposals that are friendly to energy storage).

Alberta has traditionally been an attractive market for generators because it is largely deregulated. In Alberta’s “energy-only market”, generators are paid for the energy they provide to the market by receiving the market price for power (the Pool Price). Specific energy storage regulations didn’t exist historically, so storage facilities in Alberta were treated as generating facilities by provincial regulators.

In the past few years, however, regulators and the government have taken significant steps to establish a regulatory framework that expressly includes energy storage. The stated goal is to recognize energy storage facilities as independent assets (i.e., not generation or load) while continuing to pay these assets for the energy they provide to the grid.

In 2019, the Alberta Electric System Operator (AESO), the province’s independent system operator, released its Energy Storage Roadmap which charted a path for the integration of energy storage with Alberta’s existing electricity assets5. The AESO is currently in Phase 2 of the plan set out in the roadmap and is consulting with market participants on the market rules for such implementation.

Paired with renewable or other sources of generation, energy storage can provide energy stability and predictability to northern or other remote communities.

The AESO has also revised its tariff (currently pending approval by the Alberta Utilities Commission (AUC)—the authority in charge of, among other things, licencing storage projects) and has commenced a one-year fast frequency response (FFR) pilot with two installed energy storage projects, including TransAlta’s WindCharger project.

In 2021, the AUC updated its Rule 007 to include application procedures for battery storage.

Most importantly, in May 2022 the Government of Alberta passed Bill 22, The Electricity Statutes (Modernizing Alberta’s Electricity Grid) Amendment Act (Act), which amended existing legislation to specifically recognize energy storage, including defining energy storage in the Hydro and Electric Energy Act as “any technology or process that is capable of using electric energy as an input, storing the energy for a period of time and then discharging electric energy as an output”. While the Act is waiting to be proclaimed (together with related regulations), this definition has been applauded for being sufficiently all-inclusive to let the market determine which technology to employ6. The Act also sets out the circumstances under which distribution and transmission utilities can, and cannot, own energy storage—setting up the framework for both public and private participation in this energy asset class.

As of September 1, 2022, there were four energy storage projects connected to the grid and an additional 37 proposed projects on the AESO’s connection list, six of which are scheduled to be in service in 2022. Among the future proposed projects are:

The Ontario Energy Board, which, among other things, licenses energy storage projects, has also made changes to recognize the use of energy storage by distributors, including:

In contrast to the merchant market in Alberta, energy storage in Ontario is currently a mixture of capacity or frequency regulation contracts with the IESO (as a result of capacity auctions and RFPs) and a combination of private and public BTM energy storage projects (the former primarily to facilitate global adjustment savings for large industrial and commercial power loads).

The IESO recently initiated two RFPs to procure long-term contracted capacity from dispatchable new build resources, including storage facilities: a) a long-term request for proposals process for up to 2500 MW of new and expanded electricity capacity for 2027 or earlier (LT1 RFP); and b) an expedited process for up to 1000 MW of capacity to be available in 2025 (E-LT1 RFP). Of this total, 1500 MW are dedicated to energy storage, while 1000 MW could comprise energy storage and other non-emitting resources. This procurement is a response to increasing demand in the province (as a result of both decarbonization and economic growth), the planned retirement of the Pickering nuclear power plant9, refurbishment at Ontario’s other nuclear power plants, and expiring contracts for existing power facilities10.

Energy storage will also likely be crucial to the electrification of other industries. A good example is hydrogen, a viable long-term storage technology for multiple sectors.

In June, the IESO’s RFQ process for these RFPs identified 55 qualified applicants. Among the qualified applicants is Brookfield Renewable Power Inc. which is planning to submit an RFP for a 161 MW/644 MWh battery storage system to connect to the 189 MW Prince Wind power plant located 15 km outside of Sault Ste Marie, Ontario12.

Once built, the Oneida Energy Storage Project would be the largest battery energy storage facility in Canada. This project is a joint venture between NRStor Inc. and Six Nations of the Grand River Development Corporation, with funding from the Canada Infrastructure Bank and a consortium of private lenders. The project will draw and store existing baseload and renewable power during off-peak periods to reduce reliance on older carbon-intensive generators and reduce the need to build new gas “peaker” plants.

The developments in Alberta and Ontario show rising demand for energy storage deployment coupled with a recognition of utility to the grid beyond simply serving as an adjunct to intermittent resources. This demand is likely to grow significantly with Canada’s commitment to reach net zero by 2050.

The Canada Energy Regulator predicts that electricity demand in Canada will increase by 47% by 2050, or about 263 terawatt hours (TWh), with half the increase being driven by electric vehicles and the production of hydrogen, and the other half being driven by increased electrification in the industrial, residential, and commercial sectors14.

Perhaps the most interesting part of energy storage is the mix of existing and “on the horizon” technologies which, given the absence of a “one size fits all” solution, will likely be deployed under the energy storage umbrella.

Energy storage has been earmarked by both governments and electricity system operators as a key player in this transition. Often referred to as the “Swiss-Army knife” of energy transition15, it is multi-functional and flexible. It increases the efficiency of intermittent sources of power such as wind and solar by storing energy during off-peak hours and providing it back to the grid during peak hours. When located at critical points along transmission/distribution infrastructure, it can reduce congestion and allow for deferment of transmission and distribution spending.  Paired with renewable or other sources of generation, it can provide energy stability and predictability to northern or other remote communities. This flexibility will eventually allow for a modern, resilient and responsive grid which incorporates the existing hub and spoke model (with large baseload generation and transmission to decentralized loads) as well as distributed energy generation (smaller or modular generation, co-located with load, which does not require significant additional wire capacity).

Energy storage will also likely be crucial to the electrification of other industries. A good example is hydrogen, which is seen as a viable long-term storage technology for a number of sectors. When renewable sources of energy produce electricity in off-peak periods, such excess energy could be used to produce green hydrogen by electrolyzing water. This hydrogen can then be used to heat buildings, fuel transportation, or provide energy to other industries.

Perhaps the most interesting part of energy storage is the mix of existing and “on the horizon” technologies which, given the absence of a “one size fits all” solution, will likely be deployed under the energy storage umbrella. For instance, Hydrostor, an Ontario-based company, has deployed a proprietary compressed air energy storage (CAES) technology, and commissioned the world’s first commercially contracted CAES facility in Goderich, Ontario in 201916. Compared to lithium batteries, CAES can store energy for longer durations and avoids some of the battery downsides such as the availability of lithium supply, number of useful charge/discharge cycles and the risk of battery fires.

Pumped-hydro storage projects, like the Sir Adam Beck Pump Generating Station, are also gaining traction in Canada and worldwide, including:

In addition, other mechanical storage technologies (such as gravity-based systems which raise a weight with surplus energy and then drop it when energy is required) and electrochemical technologies (such as “wet” flow batteries which do not meaningfully degrade with charge/discharge cycles) are starting to gain traction.

Perhaps as importantly, we are seeing an increasing number of energy storage projects obtain construction financing for both mature and novel technologies—a fundamental requirement for any significant growth in the deployment of this asset class. As an industry, energy storage has turned the corner and is becoming mainstream. It will be interesting to see what the future holds for this rising star in the energy mix.