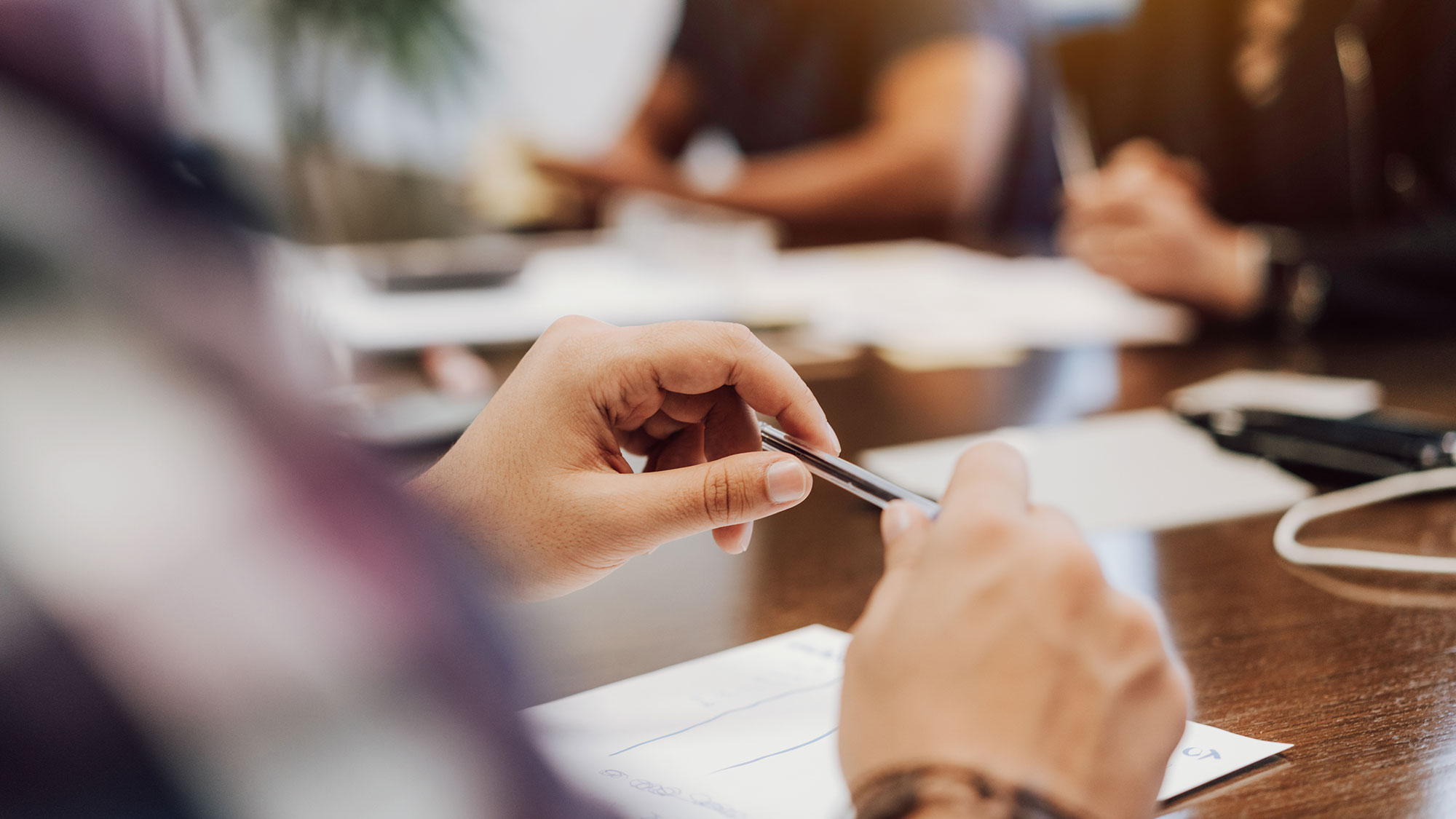 2022 restructuring trends: the status quo of having no status quo

There is conventional wisdom which holds that the economy works in a 7-year cycle and that insolvencies experience 3½-year booms, followed by 3½-year busts.

The advent of unprecedented government intervention through economic cycles in an effort to sustain the expansive boom years and suppress the contracting bust years has thrown this notion of a predictable 7-year economic cycle into disarray. The pandemic and its myriad market distortions since 2020 have seen any pretense of reliable economic forecasting go out the window. Few predictions in recent years have proven accurate, and this includes widespread predictions of an escalation of COVID-induced insolvency cases. For example, a common measure of corporate insolvency is the number of insolvency filings by large companies under the Companies’ Creditors Arrangement Act (CCAA). In 2019, there were 38 CCAA filings, 60 CCAA filings in 2020 as COVID took hold, and then … 26 CCAA filings in 2021. In a year in which everyone expected the ongoing impact of the pandemic to cause a significant increase in corporate bankruptcy and insolvency cases, it didn’t materialize. Quite the contrary, corporate insolvency filings were at historic lows.

In a world in which the status quo seems to be characterized only by the absence of a status quo, what can we expect for 2022? Here are five observations.

1. Where we are presently is artificial

Make no mistake, today’s economy is an artificial creation, the result of a patchwork of extensive governmental interventions and unprecedented counterparty forbearance. Our political and business leaders made a concerted decision to take extraordinary measures to halt or at the very least mitigate the adverse economic consequences that should have been manifest. The economy-wide adjustment that should have occurred … hasn’t. In the short term, that has been mostly positive. But with powerful economic forces at play, we’re now seeing the consequences: inflation, possible stagflation, a likely increase in interest rates in 2022, and a labour shortage are just some of the painful outcomes brought about or heightened by the fiscal policies, monetary policies and business decisions of the past two years.

Either there will be a mix of fiscal and monetary policies (and a healthy dose of good luck) that steers us through the worst of these economic shoals—or else we’re going to experience a period of significant correction.

While Canada has delayed an adjustment and, possibly lessened its magnitude when it does come, it is almost certain that we cannot prevent it from occurring entirely. Conventional wisdom among insiders is twofold.

First, the disruption that is unfolding takes time to come about. Some crises are moments in time (e.g., market meltdowns), while others take time to build and unfold, such as is the case with this prospective adjustment. Expect the first half of 2022 to continue to be slow for insolvencies, but we’ll then see the adjustment begin to roost mid-2022 and fully take flight in 2023.

Second, economic factors like inflation and disrupted labour markets take a relatively long time to correct. There is no quick or easy fix, and the fix may itself be painful (e.g., increased interest rates). When it does occur, expect an adjustment to take time to play itself out.

2. Prices are going up

CNN recently reported that Ikea had announced that it could no longer avoid passing on price increases to its customers and that a 9% increase in its prices across the board is on the horizon in 2022. Ikea is hardly alone in this. Supply disruptions, shortages of both materials and labour, increased energy costs and other factors simply cannot be ignored any longer. In all sectors of the economy, companies are paying more for inputs and increasing the price of their outputs. If you’ve been to a grocery store, undertaken a home renovation, tried to buy a car or replace an appliance, filled up your vehicle, bought a house or undertaken just about any other economic activity of late, you’re already well aware that prices have gone up. That will continue in 2022, and it will have consequences.

Two things are notable about these price increases. First, they are evident through all economic sectors. This is not an industry-specific occurrence such as an isolated rise in real estate prices while the rest of the economy remains stable. A recent CNBC report noted that even U.S. health care costs went up 8.4% through 2020. Second, the magnitude of the price increases is striking and in many cases are in double digits. Small price increases are obviously easier to absorb—the effect of large, sudden increases is much more strongly felt. Expect inflation to continue to take hold in 2022, which inevitably means insolvencies as companies and consumers find the resulting impact on their business models and pocketbooks unsustainable.

Guessing at the timing of interest rate increases has frustrated prognosticators for years now—they’ve been proven wrong just as frequently as those insisting that home prices can’t keep going up indefinitely. Both groups have been waiting years to say, “I told you so”. We have lived through an unprecedented period of manipulated, declining (and even negative) interest rates, and that period has persisted longer than most experts thought possible. But it’s not permanent, and the writing seems to be on the wall for artificially suppressed interest rates. For so long as inflation was held at bay, continued suppression of interest rates was feasible. The shift now is significant inflation, which usually means interest rate increases aren’t far off.

The coming adjustment won’t be confined to specific industries. Inflation, interest rate increases, wage pressures, and the like—they will affect everyone.

Granted, the driving forces behind the inflation we’re now seeing are complicated, and it’s not as simple as many past inflation-driven interest rate increases in which cooling off an over-heated market is the standard rationale. It isn’t simply unchecked spending (i.e., demand pull inflation); rather, COVID-related supply and production disruption are also to blame (i.e., cost push inflation). Optimists have speculated that COVID-induced inflation will be short-lived—once supply and production disruptions due to COVID are ironed out, inflation should dissipate. But increasingly that seems unlikely, as the causes and magnitude of inflation are better understood. For example, the disrupted labour market we’re witnessing is not going to help matters. A shortage of labour has meant significant and sustained upward wage pressure, which itself is inflationary.

At some point, unchecked spending and inflation become impossible for central bankers to ignore: interest rates have to rise in response to the economy at large. More expensive capital comes at a price, both for companies and consumers (including increased borrowing costs and lower disposable income). Not surprisingly, interest rate increases ultimately mean more insolvency.

Prior to COVID, the energy sector was at the heart of the insolvency world. Energy prices were highly depressed, energy companies were in dire straits, and regions where the energy sector has played a traditionally large role faced pervasive insolvencies in the industry. But the pandemic spurred an about-face, as energy prices soared and insolvency work in the oil patch has dried up. As a recent CBC report noted, Statistics Canada reported that gasoline prices for Canadians had risen by 43% in 2020 through November. Oil, natural gas, electricity—it’s all much more expensive. And it’s a global problem. The National Post reported recently that the average cost of power for delivery rose over 200% in 2021 in Germany, France, Spain and the U.K.; in the Nordic region it was even worse, where energy costs surged 470% in 2021.

While good news for energy companies that were on the ropes, this situation presents a serious challenge for the rest of the economy. And 2022 is expected to see continued energy price increases. All of which means insolvency filings are going to rise as companies struggle, quite literally, to keep the lights on.

5. Is a correction around the corner?

The current dissonance at play between economic reality and insolvencies is unlikely to last long term. There are three likely outcomes for how Canada will emerge from this convergence of economic stresses: (i) the economy naturally—and frankly, quite unexpectedly—rights itself, presumably on the heels of a definitive resolution of the pandemic that allows a return to halcyon norms; (ii) we find an artificial way to circumnavigate the pending storm; or (iii) we face our reckoning with the forces currently at work. Let’s rule out the easy one—there is likely to be a long tail to COVID and the economy is unlikely to escape unscathed of its own accord. Hoping that inflation will simply subside, that labour markets will just settle down, that things will return to pre-COVID economic norms is wishful thinking. Either there will be a mix of fiscal and monetary policies (and a healthy dose of good luck) that steers us through the worst of these economic shoals—or else we’re going to experience a period of significant correction.

Whatever the case may be, we anticipate that 2022 will see the start of this adjustment but do not expect it until the latter half of the year. Some sectors of the economy such as food and hospitality may be more susceptible than others, but the macro-economic trends noted above transcend industries. The coming adjustment won’t be confined to specific industries. Inflation, interest rate increases, wage pressures, and the like—they will affect everyone.

Lastly, the adjustment won’t run its course in 2022: it’s been building for a while and it will take a while to play itself out. The most interesting and challenging aspects of the correction are more likely to come to the fore in 2023.