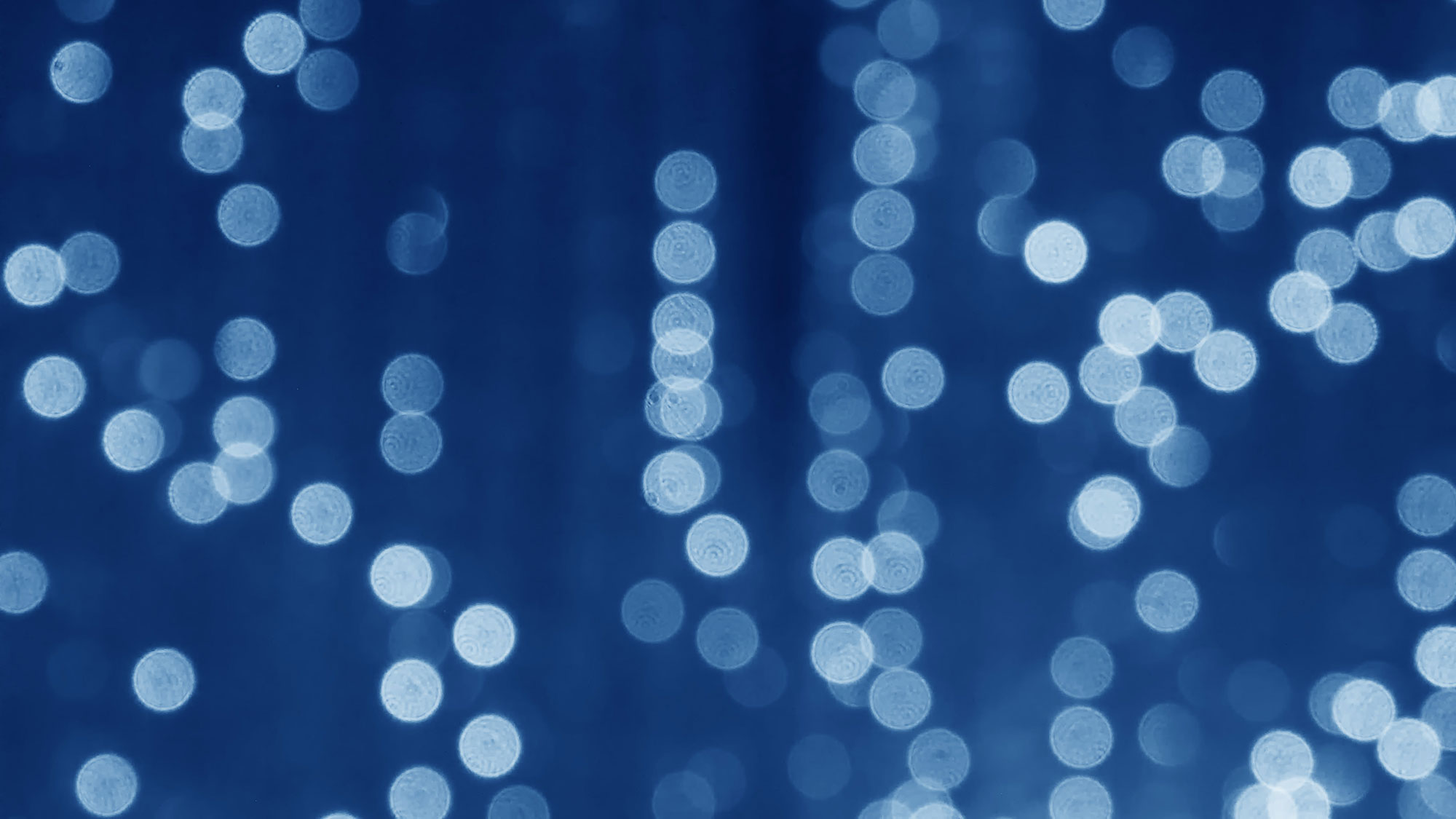 2021 offered some reprieve from the challenges and uncertainty of 2020. Many of us were vaccinated against COVID-19, businesses reopened, and families reunited across domestic and international borders. It was an equally eventful year in Canadian courts. From the third installment of the Supreme Court of Canada’s “Good Faith Trilogy” to developments in anti-SLAPP litigation, there was no shortage of precedent-setting caselaw this year.

In Wastech v. Greater Vancouver Sewerage and Drainage District, the Supreme Court clarified the scope of the duty to exercise contractual discretion in good faith1. The court confirmed that the duty to exercise discretion in good faith is a general doctrine of contract law, and that it will be breached when a discretionary power is exercised in a manner unconnected to the purpose for which it was granted. The limit of discretionary power is determined through contractual interpretation, rather than general notions of fairness. The Supreme Court’s approach, based in parties’ freedom to contract, allows “some elbow-room” for the “aggressive pursuit of self-interest”2.

The Supreme Court also eliminated the 150-year-old “Blackmore Rule” which allowed courts to consider evidence of surrounding circumstances to determine the scope of a release from liability. This usually had the effect of narrowing the release. In Corner Brook (City) v. Bailey, the Supreme Court of Canada unanimously held that Blackmore should no longer be followed, and that releases should be interpreted just like any other contract3.

2. Employers win on stock awards and vaccination policies (for now): Battiston and Blake

In Battiston v. Microsoft Canada Inc., the Court of Appeal for Ontario confirmed that requiring an employee to electronically acknowledge stock award terms can make those terms enforceable4. Microsoft communicated stock awards every year in an email to employees, requiring them to acknowledge having read, understood, and accepted the terms. The plaintiff argued that as a Microsoft employee he did not read them, was not aware of a term that stocks would stop vesting after termination, and should not be bound by it. The trial court had found for the employee on this point, but the Court of Appeal reversed the decision, holding that a party who has notice of terms cannot escape them by opting not to read them. Battison comes on the heels of the Supreme Court of Canada’s 2020 decision on entitlement to bonus payments on termination in Matthews v. Ocean Nutrion Canada Limited5, and points to Canadian courts’ willingness to uphold agreements that unambiguously limit employees’ entitlements to discretionary payments after termination.

In Blake v. University Health Network, the Ontario Superior Court of Justice declined to issue an injunction prohibiting several hospitals from terminating unvaccinated employees6. The Court reasoned that termination could not constitute irreparable harm because an employee’s right is to notice for wrongful dismissal, not ongoing employment. It also held that unionized employees had no standing to bring the application because their collective agreement limited their recourse to a labour tribunal or an arbitrator. While the decision may be a win for employers, it is silent on the legality of mandatory vaccination policies generally, and other court challenges to mandatory vaccination policies remain outstanding.

3. Sometimes, it’s the journey, not the destination: Kaynes, RBC, and Apotex

A variety of procedural decisions demonstrated the continued importance of understanding what is and is not possible under the Rules. Decisions that clarified discoverability and the proper scope of summary judgement (including cases about credibility and the “complete code” doctrine in patent law) highlighted that, in the words of a well-worn sports cliché, focusing on process often leads to results.

In Kaynes v. BP p.l.c., the Ontario Court of Appeal clarified that a claim for fraudulent misrepresentation is discoverable when the plaintiff becomes aware “that the misstatement that caused the damage was made with [the defendant’s] knowledge that the misrepresentation was false”7. This is consistent with the Supreme Court’s later ruling in Grant Thornton v. New Brunswick that a claim is discovered when the plaintiff has actual or constructive knowledge “of the material facts upon which a plausible inference of liability on the defendant’s part can be drawn”8.

In RBC v. 1643937 Ontario Inc.9, the Ontario Court of Appeal once again held that a matter is not amenable to summary judgment where credibility must be assessed to determine the motion. In that case, three personal guarantors alleged that RBC had misrepresented the scope of the guarantees they had agreed to, rendering each of the three guarantors liable for $600,000 respectively when they had been told that their collective liability was capped at $600,000. The Ontario Court of Appeal held that a trial was required to determine the issue because of the credibility questions at play in the misrepresentation claim.

Another summary judgment motion suggested that purely legal issues remain ripe for early challenge. In Apotex Inc. v. Eli Lilly Canada Inc., the Ontario Superior Court of Justice dismissed Apotex’s action for damages under England’s 400-year-old law, the Statute of Monopolies, and its Ontario counterpart (itself enacted over 200 years ago)10. Apotex claimed damages for the period it was kept out of the market after Eli Lilly’s patent was invalidated in proceedings between Eli Lilly and another party. In granting Eli Lilly’s claim for summary judgment, the Court held that the patent regime in Canada (the Patent Act and the PM(NOC) Regulations) operates as a “complete code” for remedies and excludes supplementary claims for damages under other statutes or at common law. Absent a “stand alone cause of action” or a claim “totally independent of the regulatory regime”, parties will not be permitted to seek relief outside of the patent regime.

The Ontario Court of Appeal set the bar low for a plaintiff to show that a discretionary or fact-specific defence may fail in an anti-SLAPP motion. Further developments are expected as anti-SLAPP motions grow in popularity.

In Subway Franchise Systems of Canada, Inc. v. CBC, the Court of Appeal allowed the latest installment of litigation arising from the CBC’s report on the composition of chicken used at Subway restaurants to move forward11. CBC brought an anti-SLAPP motion under section 137.1 of the Courts of Justice Act to dismiss Subway’s defamation suit. In the motion, CBC asserted the defence of responsible communication. The Court of Appeal held that there were reasonable grounds to believe that CBC would not make out the responsible communication defence. CBC’s attempt to dismiss the lawsuit at an early stage therefore failed.

5. Nothing is over until it is over: GGPPA Reference and Owsianik

While some cases paved the way for greater commercial certainty in 2022 and beyond, others, particularly those with split decisions at the appellate level, generate continuing uncertainty. Federalism, the development of novel privacy torts, and the enforcement of mandatory vaccination policies will be areas to watch.

Following challenges to the Greenhouse Gas Pollution Pricing Act (GGPPA) in several provinces, a majority of the Supreme Court held that the GGPPA is constitutional12. The majority held the GGPPA to be a valid exercise of Parliament’s power to make laws for Peace, Order, and Good Government (POGG). The majority reinvigorated the national concern branch of POGG in a way that that allows Parliament to enact legislation in areas previously thought to be within provincial jurisdiction. However, three judges dissented. Of the six in the majority, one has retired (Justice Abella) and another will retire in 2022. Every new configuration of the Court brings new adventures in federalism, and we do not expect this to be any different.

In Owsianik v. Equifax Canada Co., a majority of the Divisional Court held that Equifax was not liable for intrusion upon seclusion where a third-party hacker stole the personal information of its customers13. The Court concluded that, as the party whose system was breached, Equifax was not the “intruder”. The Court also held that it was not appropriate to allow the plaintiffs to claim symbolic damages for intrusion upon seclusion (because the loss cannot be quantified in monetary terms) where there was a reasonable methodology for assessing the economic losses the plaintiffs had suffered by virtue of the data breach. Instead, proof of actual damages was required. While the majority remained hesitant to expand this relatively new tort, Justice Sachs authored a forceful dissent which argued that the law must develop to address the new realities of the internet age, and cast some doubt on whether Owsianik will be the last word on this issue.