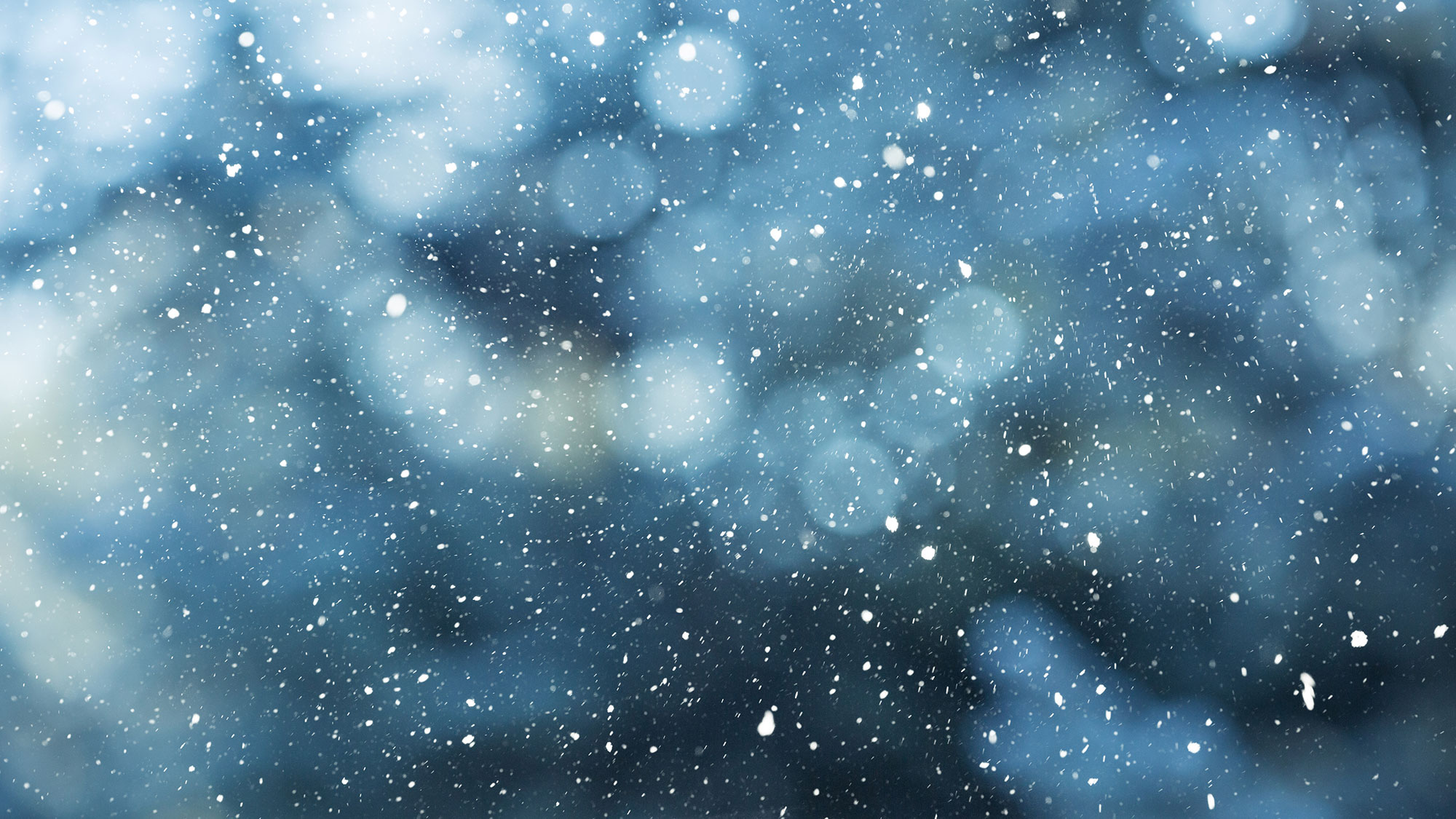 The calm before the insolvency storm?

Retail trade and accommodation and food services were sectors anticipated by many to face the most short-term hardship due to the pandemic. But that hasn’t translated to increased insolvency filings in these sectors: in the 12-month period ending August 31, 2021, these sectors registered significant decreases in the number of insolvencies. There are a number of factors to explain this trend (including, in some cases, businesses that have ceased operating without the commencement of formal insolvency proceedings). But these sectors still face significant headwinds going forward, and we anticipate for at least some businesses in these and other industries, challenging times characterized by continued significant uncertainty and volatility lie ahead in 2022.

Much like the weather, insolvency trends are difficult to predict at the best of times. Not that that stops us from trying. Through the COVID pandemic, earnest expectations have proven wildly inaccurate. Insolvency practitioners worked around the clock through 2020 as they and their clients addressed immediate problems and readied themselves for the inevitable casualties that the pandemic was expected to bring about. But this flurry of activity declined significantly in 2021 and the tsunami of insolvency filings that was predicted didn’t materialize. What’s happened? And is it smooth sailing ahead?

The Office of the Superintendent of Bankruptcy reported that business insolvencies for the 12‑month period ending August 31, 2021, decreased by 19.9% compared with the 12‑month period ending August 31, 2020. The two sectors that registered the biggest decrease in the number of insolvencies were retail trade and accommodation and food services—sectors that were expected to face the most hardship due to the pandemic’s persistent closures and restrictions. In some respects, many retail chains (excluding sole proprietorships and “mom and pop” stores) are healthier now than they were two years ago before the pandemic. Why? For starters, when a retailer has the government paying or subsidizing its two largest fixed costs—rent and wages—that has a profound impact on the bottom line. Add in comprehensive landlord supports, unprecedented forbearance from lenders, and irrationally robust consumer spending, and most boats can keep afloat.

But what is on everyone’s mind is the sustainability of current business models in lieu of the volatility underlying … well, pretty much everything. What happens when support from governments, lenders, landlords, suppliers and others vacillates or, worse, erodes? Governments can’t sustain the levels of support they have been providing indefinitely—we’re seeing many of these stimulus programs come to an end even now. And not all support was in the form of handouts; some of that consists of loans that have to be repaid. Companies that have successfully navigated the past 18 months through additional borrowings from banks and other lenders have remained in business, but have debt repayment to contend with. Overheated demand has outpaced challenged supply. As a result, inflation (and possibly stagflation) are top of mind, as price increases abound in food, transportation, energy and elsewhere. Labour shortages and upward wage pressure are dominating headlines, as are production shortages, transportation bottlenecks, and all manner of supply chain disruption. Computer chip shortages, gas stations running out of gas, cola companies that can’t source enough aluminum to keep their products on the shelf, suppliers having to significantly reduce the number of SKUs they produce due to shortages and bottlenecks, extreme weather events—it’s all bad, right? Well, no.

Indicators of economic health are all over the map and many are positive. Unemployment has declined, GDP has rebounded strongly, Canadians’ savings have accumulated, and we can’t decide whether other indicators are good or bad. Governments are in a quandary over interest rates—should they be raising them to address overheated demand or should they leave them alone, recognizing the supply-side challenges businesses are facing and the end of government stimulus programs? Housing markets remain an enigma. High home values have Canadians feeling wealthy (and spending accordingly), but those soaring property values mask underlying problems such as gentrification, high debt loads and lack of affordable housing. Many Canadians find this all very confusing—there is concurrently a lot of bad news and a lot of good news, and synthesizing it all is no small task.

It’s a sweeping generalization, but much of what we’re seeing is the result of three things: (i) the interplay of effusive demand and all-too-constrained supply; (ii) an economy that has rebounded quickly to pick up the slack left by the COVID-induced recession of 2020 but now faces a reality check; and (iii) certain sectors of the economy that have been particularly vulnerable (including small business / sole proprietorships, hospitality, tourism, agriculture, fisheries, cultural / heritage, sports, energy, transportation, aerospace and infrastructure, all singled out by the Canadian government as needing targeted support). A popular prevailing narrative is that the economy is under considerable stress at the moment but that this is transitory and the product of adjusting to the sudden and significant changes in economic activity caused by the pandemic. “Give it six months and it will have sorted itself out: supply challenges will be resolved, shortages addressed, prices stabilized.” If you subscribe to this rosy view, the boat has been listing but you have confidence it will have righted itself by mid-2022.

Most insolvency professionals—being a skeptical lot that don’t subscribe to rosy predictions—find this prediction hard to embrace. They’re all stuck on the fundamentals of economic theory: economic shocks are supposed to cause adjustments, and that brings about business causalities. Like gravity, it’s supposed to be an irrefutable law. But as we saw with the financial crisis in 2007-2008, we live in an age in which governments employ unprecedented fiscal and monetary tools designed to prevent adjustments from occurring. This means not just softening the impact and not just delaying an adjustment, but actually preventing an adjustment from happening at all. The resulting reality is that we’re in uncharted economic waters. And try as we might, not every problem can be solved with unlimited spending, including fixing significant labour shortages expected to persist for some time—especially in sectors like hospitality and food services, health care, manufacturing and constructing, retail and trucking.

It reminds me of watching dark clouds form and roll in and roll by, with everyone guessing at whether we’re in for a storm. No one fails to see the dark clouds, that’s not at issue. Just whether it will open up and how hard a rain it will be if it does. Insolvency professionals still suspect the rain is coming, even though 2021 was not the storm they expected it to be. They’re predicting the adjustment that every economics class teaches is inevitable after the kinds of shocks to the economy we’ve just lived through. Among this crowd, the quiet whispers are that we’re sitting on a powder keg of economic turbulence that won’t take much of a spark to ignite. Small businesses and sole proprietorships that have quietly disappeared in large numbers won’t soon reappear, and larger businesses are not immune to all of this economic pressure either. A small rise in interest rates, a decline in consumer spending, the reality of high food and energy prices through the winter, the impact of withdrawn government stimulus—it won’t take much for choppy waters to be stirred up. For these folks, mid-2022 is expected to be a different watershed moment. They don’t expect it to be all smooth sailing in putting COVID behind us. Rather, they expect to see a convergence of all of these latent economic threats and trends. One that will inevitably result in a rise in business insolvency activity levels.

Either way, expect dark clouds to persist at least another six months or so while we wait to see which way the storm breaks.