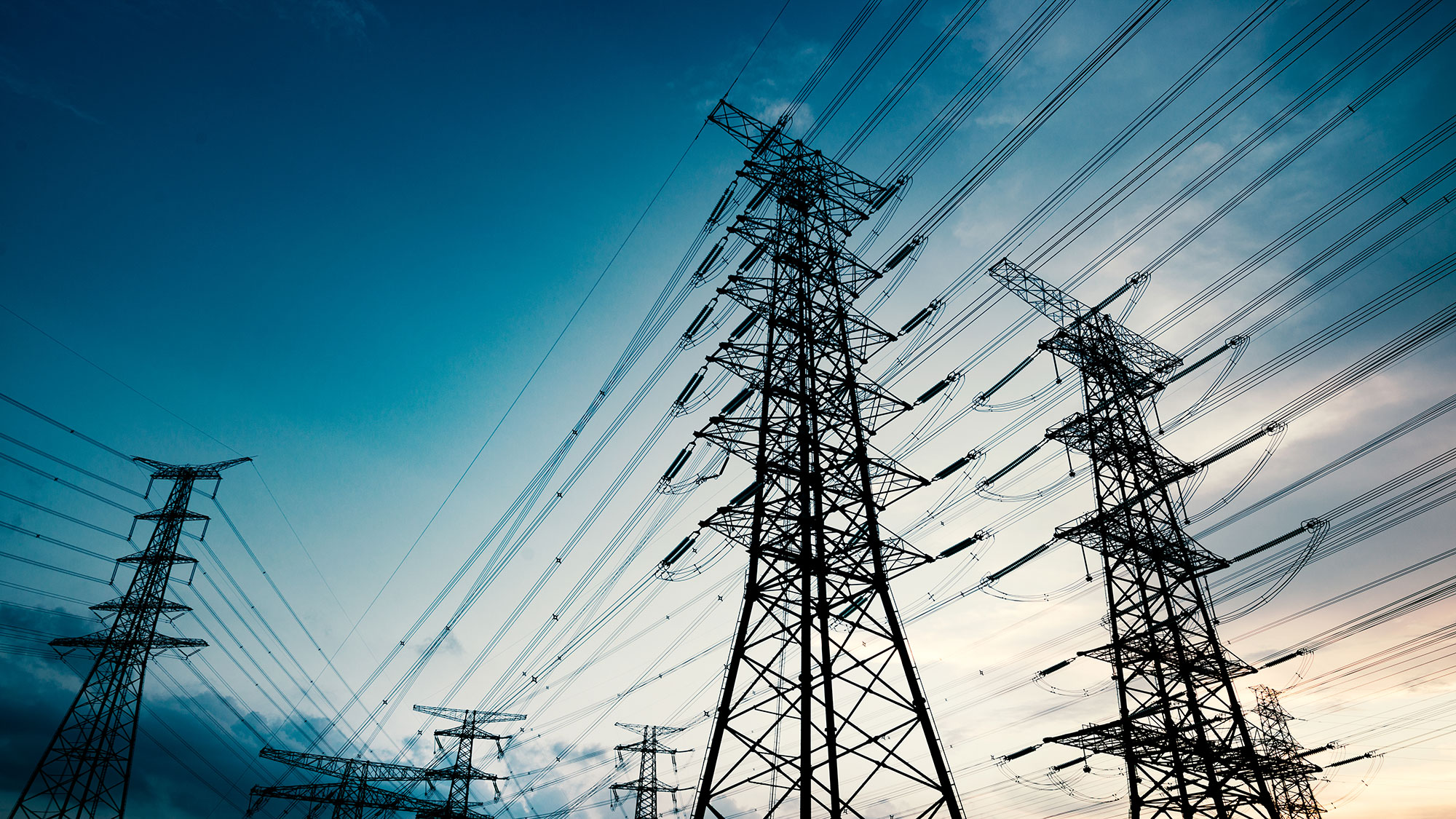 Emerging trends and developments for the energy industry

Torys’ Energy Regulatory practice shares emerging trends and developments for the energy sector. This update offers insights into recent regulatory proceedings before the Ontario Energy Board (OEB) as well as legislative and regulatory changes that affect the sector. This is our inaugural issue which provides highlights from the first three quarters of 2021.

The OEB found that it has full jurisdiction to determine cost responsibility for pipeline relocation, which is pertinent to its rate-setting mandate and consideration of the public interest under the Ontario Energy Board Act, 1998 (OEB Act). However, the OEB found that it did not have jurisdiction to order Waterfront Toronto to pay all or part of the relocation costs, as the OEB Act does not give the OEB power to compel a party to pay costs unless that party is providing or receiving (or requesting) OEB-regulated services for distribution, storage or transmission of gas, or there is a statutory provision or agreement (such as a Municipal Franchise Agreement) to that effect. The OEB noted that it was not aware of any agreement between Enbridge Gas and Waterfront Toronto (or the City of Toronto) dealing with relocation costs. The OEB also noted that it could decline the request for LTC if it is not satisfied that a thorough assessment of alternatives has been undertaken and there is no agreement on cost responsibility. Further information on the issue can be found here.

Utility intervenors can participate without restrictions

Can a Cost of Service (COS) application be simple?

To reduce the workload and financial and regulatory burden associated with preparing a COS application, Espanola Regional Hydro Distribution (Espanola) and E.L.K. Energy (ELK) each requested, in advance of their respective filings, OEB’s approval to use a simplified approach to their 2022 COS applications. The utilities separately advocated for a modified COS approach and proposed certain adjustments to chapters 2 and 5 of the OEB’s Filing Requirements that were applicable to their respective circumstances (e.g., limited scope of variances, one-year Distribution System Plan (DSP), simplified business plan). The OEB accepted the proposals. While the OEB did not provide any additional commentary in approving ELK’s request, in approving Espanola’s request, the OEB clarified that the panel hearing the application will ultimately determine if it has sufficient details to make a determination on the proposed rates.

In instances where a utility has not rebased in more than five years, the OEB may require a utility to file a system plan (i.e., a DSP for electricity distribution utilities or a Utility System Plan (USP) for gas utilities) in support of an ICM request it may make. A system plan is important in considering whether the projects identified for ICM funding can be accommodated by adjusting the pacing and priorities of investments within the plan. However, the OEB has clarified that when a system plan is submitted in support of an ICM request, it is not open to parties to undertake the same detailed assessment of the plan that would normally occur in a rebasing application (i.e., COS or Custom Incentive Rate). In a recent Enbridge Gas’ incentive rate-setting mechanism proceeding that included a request for ICM funding, the OEB considered intervenors’ request for a technical conference and a broad scope of review of the utility’s USP. In denying the request, the OEB noted that the review of the USP and Asset Management Plan is necessary only insofar as it provides context for hearing ICM applications and determining the maximum eligible amount of ICM funding. Further information on the issue can be found here.

In response to previous direction from the OEB to improve its procedures for considering demand-side management as an alternative to pipelines, Enbridge Gas filed an application with the OEB to confirm that the policy direction in its IRP1 proposal was reasonable and appropriate. In response to the application, the OEB established a first-generation IRP Framework. The OEB stated that it is not possible to anticipate all situations that might occur in the consideration of alternatives to infrastructure builds, and as such, guiding principles (relating to reliability, safety, cost-effectiveness, public policy, optimized scoping, and risk management) are central to and will inform the IRP Framework. The IRP Framework provides guidance on the types of IRP alternatives Enbridge Gas may consider in meeting an identified system need, including both demand-side and supply-side IRP alternatives, of which the former are expected to target specific constrained areas and encourage the reduction of peak consumption. The IRP Framework also establishes a new OEB approval process for Enbridge Gas’ IRPs. Further information on the issue can be found here.

The OEB approved a unique ICM funding request by PUC Distribution for its Sault Smart Grid project. The project involves deployment of a community-scale smart grid in Sault Ste. Marie by integrating various smart grid technologies, including distributed automation, voltage and reactive power management, and the enhancement of existing Advanced Metering Infrastructure. According to the utility, the innovative aspect of the project is the integration of all three technologies and realization of annual customer savings and other benefits that result in “no net bill increase” (which was not possible absent federal funding from NRCan toward the cost of implementation). The total project cost is estimated at $33M, representing an almost 26% increase to PUC Distribution’s net fixed assets after accounting for NRCan funding. The result will be an increase in revenue requirement of more than 13%. In approving the project, the OEB found that PUC Distribution satisfied the ICM eligibility criteria. The OEB imposed certain conditions and obligations on the utility to mitigate and manage project risks, including the filing of information (upon rebasing) regarding project performance metrics and targets, as well as public disclosure of benefits afforded by the project. Further information on the issue can be found here.

Proposed amendments to O. Reg. 95/05 (Classes of Consumers and Determination of Rates) would, if approved, allow the OEB to set RPP rates once per year. Specifically, new RPP rates would take effect each November 1 beginning in 2021. Seasonal (i.e., summer and winter) time-of-use hours, as well as the monthly consumption threshold that applies to residential RPP customers paying tiered prices, would continue to change each May 1 and November 1. To address the possibility that actual RPP supply costs could differ significantly from forecast (leading to large balances in RPP variance accounts), the proposed amendments allow the OEB to set RPP prices more frequently than once per year if the variance account balance were to exceed a pre-determined threshold. This threshold would be determined in consultation with the OEB to avoid the rate volatility that could occur due to the clearing of large variance account balances. The public comment period closed on October 2, 2021 and the issuance of final amendments is pending. Further information on the issue can be found here.

Proposed amendments to section 6.2 of O. Reg. 161/99 (Definitions and Exemptions) under the OEB Act would, if approved, exempt electricity transmission projects that are exclusively paid for by commercial and industrial load and generator customers (and thus would not be expected to have an impact on other electricity ratepayers) from the requirements of Section 92 of the OEB Act regarding electricity LTC applications. The public comment period closed on August 27, 2021 and the issuance of final amendments is pending. Further information on the issue can be found here.

The Ontario Government repealed certain provisions of the Electricity Act, 1998 that required priority grid connection of renewable generation facilities and the provision of information by a distributor, transmitter or the IESO to the public about a distribution or transmission system’s ability to accommodate generation from a renewable generation facility. The Ontario Government also amended the OEB Act to remove a deemed licence condition that required transmission and distribution licensees to provide priority connection access for specified renewable generation facilities and to remove “the promotion of the use of renewable energy sources” from the factors that the OEB may consider in the public interest test for electricity LTC applications. Further information on the issue can be found here.

Enabling the use of electricity infrastructure for Ontario’s broadband expansion

Ontario recently enacted the Building Broadband Faster Act, 2021 for the purpose of expediting the delivery of broadband projects of provincial significance. To facilitate the development of, and access to electricity infrastructure for, broadband and cellular expansion, the Ontario Government amended the OEB Act by adding a new Part VI.1 (Electricity Infrastructure)2. The amendments provide the Ontario Government with broad regulation-making authority to identify and govern electricity infrastructure development, use and access to expedite the delivery of broadband service across the province. In addition, it allows the Minister of Energy, Northern Development and Mines to compensate electricity transmitters and distributors, among others, for any lost revenue arising from the application of the new Part VI.1.

To enable community net metering (CNM) demonstration projects, Ontario introduced a new regulation, O. Reg. 679/21 (Community Net Metering Projects), under the OEB Act, along with supporting amendments to O. Reg. 161/99 (Definitions and Exemptions) and O. Reg. 90/99 (License Requirements - Electricity Retailers and Gas Marketers). CNM refers to a net metering arrangement that allows for the transfer or sharing of credits from generation facilities within a community across multiple metered accounts. The new regulation and consequential amendments are expected to support community-based energy projects (with the West Five development in London being the first demonstration project authorized under the CNM model) and innovative approaches to community energy planning. Further information on the issue can be found here.

Our Group members regularly represent clients on matters before the Ontario Energy Board (including with respect to rates, licensing, leave to construct and expropriation) and advise clients on energy project development, interconnection processes, regulatory and Market Rule compliance matters, as well as energy regulatory aspects of M&A and financings. Learn more here.