Fund strategy and the future of venture capital: Q&A with Invesco’s Evan Jaysane-Darr

Partner and head of the Emerging Companies and Venture Capital practice Kristine Di Bacco sat down with Invesco Private Capital partner Evan Jaysane-Darr to get his perspectives on the current state of play in the world of venture capital. 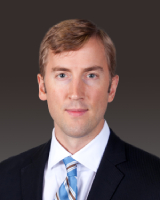 Here’s what Evan had to say about how early-stage VCs chart their investment strategy, how important it is to build great relationships, what areas investors are talking about targeting next, and more.

KDB: Why don’t you start off by telling us a little about your investment philosophy?

EJD: We don't feel VC scales all that well as an asset class. We believe you need to have a relatively small fund to be a good fit for us. That means sort of sub-$500 million, but our sweet spot is anywhere between $1–$200 million. And we have dedicated mandates focused on emerging managers—we believe those can be really exceptional funds.

KDB: How do you evaluate new fund managers, especially those that don’t have a track record of prior venture investing?

EJD: With first time fund managers, we tend to focus more on qualitative diligence. We’ll triangulate in the ecosystem they’re in—we’ll talk to founders, VCs and other important players to understand the person, their reputation and network—to try to get a sense of how they’d function as a VC. So we always spend a lot of time talking to these players even outside the context of evaluating a fund manager; we want our network to be current so we can draw upon it when we need to.

KDB: What defines a good fund manager-LP relationship? What does that dynamic look like to you?

EJD: This tends to be somewhat idiosyncratic based on the manager. It depends a lot on how much help they actually want. We try to add value as much as we can which can vary from being fairly abstract to more tangible. Generally, we're obviously monitoring these funds: sitting on advisory boards, working to be there in the same way that a venture fund tries to be there for its investments in its portfolio companies.

“Over the last 10 years it was the consumer-internet revolution; the next revolution may be enterprise”.

KDB: And what’s your relationship with other LPs? Is it good being friendly with the competition?

EJD: It’s funny, I used to be uninterested in speaking to other LPs, thinking “I want to build our own internal conviction on a fund. I don't want to take a signal from other LPs”. But increasingly, I see the benefit in having a network of healthy relationships to make introductions for our funds. It’s also great for information gathering and helpful to triangulate on funds. We can't know everything and can't be everywhere, so these relationships can be helpful in identifying new opportunities and doing diligence on new funds.

KDB: What do you think will be the next big thing on the horizon? What are you most excited about right now?

EJD: This is probably a boring answer, but enterprise software. Over the last 10 years it was the consumer-internet revolution; the next revolution may be enterprise. Some of my colleagues would be more excited about digital health; I think that's an over-invested area today, but it's certainly something we see a lot of people focused on and in terms of VC pitch decks we see, the sector most talked about by far is digital health. And fintech is probably the most over-invested sector, even though it is quasi-strategic to us at Invesco from a corporate perspective.

We're constantly thinking about trying to have some perspective on what that next paradigm is. A lot of people think that's going to be crypto or blockchain. Maybe we will see something come out of this convergence that is happening among biotech, genomics and data and software. That's another area we are keeping an eye on.

KDB: And on the subject of crypto, what are your thoughts on that space?

EJD: We focus on being as counter-cyclical as possible. I think part of the challenges in this area are a lot of the crypto funds are being structured as hedge funds or evergreen funds, and that's really sort of to some extent incongruent with our vehicles and our strategy. I think if a crypto fund was taking more of a venture approach, that would be more interesting for us.

KDB: You’ve been at Invesco for more than 10 years. Looking back, what has surprised you the most?

EJD: How long it takes to get results. Maybe that's going to change, but we even see in our successful funds, meaningful returns take a while—originally, I thought it would function more like private equity where you'd have some return of capital in years four through six. That’s probably been the biggest surprise for me, that the path to exit is so long.

“I’m bullish on Toronto. And I’ve been a believer in this city for a while now”.

KDB: What are people in the industry saying about how macroeconomics affect long-term strategy?

EJD: You always hear that the world is falling apart. At the end of the day, macroeconomics is not going to change the fundamentals of our investment strategy. If the world fell apart tomorrow, we wouldn’t suddenly start reallocating, say, to fixed income. What I also tell our LPs is that innovation is not cyclical. People who might have been working in emerging companies 10, 20 years ago are working at very large public tech companies now (like Facebook, Apple, Google etc.). So, for example, if Google stock price cut in half, these people might be more apt to start companies. That’s another reason why it’s so important to invest when things are in early growth stage.

KDB: What’s your sense of where things are at in Toronto?

EJD: I’m bullish on Toronto. And I’ve been a believer in this city for a while now: I actually made a bet not quite 18 months ago with some colleagues where we got into a discussion and a debate about LA vs. Toronto. We would look five years out and we had a number of metrics that we outlined and see how both cities stack up. My money’s on Toronto.