Public company board governance practices are continuing to evolve as a consequence of increasingly restive investors. In the M&A context, activism is influencing governance in several ways:

Increased role for independent directors. Boards are more active than ever before. Independent directors are finding themselves at the centre of the action. Developments in the law are encouraging independent directors to play a leading role to guard against conflicts. In many cases, the board chair or lead independent director actively participates in negotiating transactions along with the CEO, a trend we discuss more broadly in article 3, How Fair is Fair? The Spotlight Will Be on the M&A Sales Process. In other cases, a special committee is formed to oversee the negotiations. Activist investors welcome this trend because independent directors are very mindful of their fiduciary duties and often more open to considering ideas and plans that management may resist.

Shareholder votes influencing directors. Activists are using the threat of voting against directors as a way to get the board’s attention. Majority voting policies enable shareholders to express their dissatisfaction with the board’s performance on governance, but also on broader strategic questions. The prospect of receiving even a small number of “withhold” votes is one most directors prefer to avoid. Say-on-pay votes, which are becoming more common, provide shareholders with similar leverage. Although notionally about compensation, these votes also allow shareholders to express their views on the company’s strategy, including matters such as returning capital to shareholders or M&A activity.

Board renewal. Board entrenchment is a major focus for activist investors, who look to independent directors to address failing or unresponsive management. When investors are unable to get traction for their ideas, they press for the rotation of directors in the hope of securing a more receptive audience. There are many examples of board renewal leading to a significant change in strategy or even the sale of the company.

Shareholders asserting themselves on strategy. Investors are showing less deference to management and the board on strategy and are instead putting forward specific plans that often include divestitures. In many cases, investors are spending significant resources to come up with a comprehensive strategic plan, forcing the company’s management to defend its own strategy. In one high-profile case, a company’s major shareholders forced an overhaul of the company’s board and the appointment of a new CEO when they determined that a new strategy was required following a failed takeover attempt. 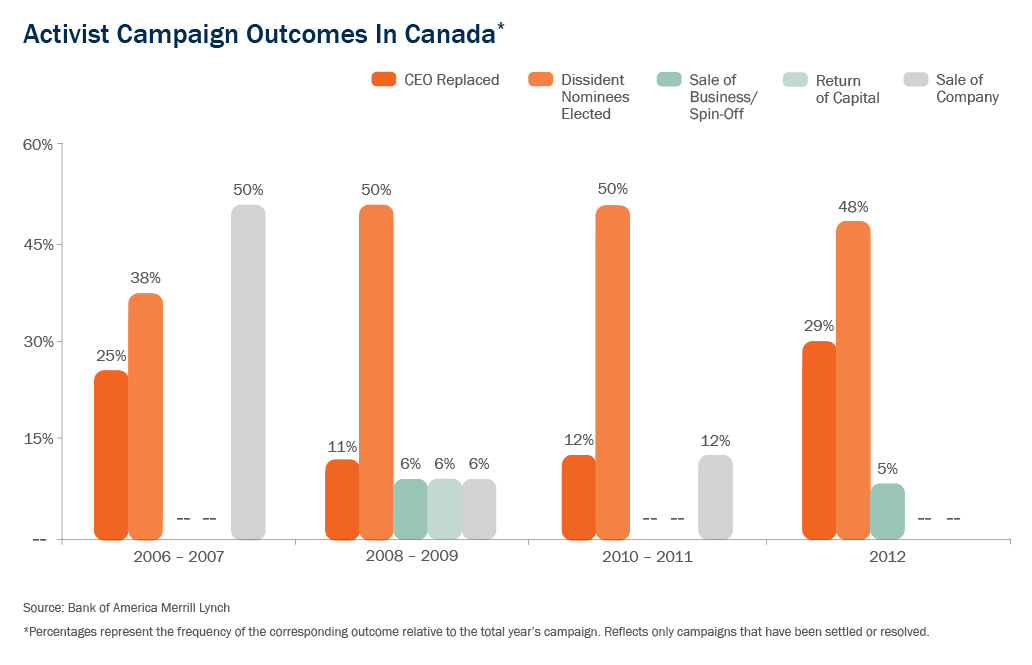 Compensation arrangements. We expect that compensation issues, which are attracting significant attention generally, will receive more attention from investors in the context of M&A. In M&A transactions, decisions must be made about which directors and executives will stay or go. Compensation arrangements for those who remain and those who are terminated are also often negotiated or modified as a transaction is being negotiated. Conflicts in this area are difficult to manage because the affected individuals are the decision makers in the negotiations. We have seen special arrangements for executives become a focus for investors in the context of transactions. New rules adopted in the United States in response to Dodd-Frank require companies to provide enhanced disclosure of “golden parachute” compensation arrangements and to hold a separate shareholder advisory vote in the context of a merger transaction. Increasingly, we see deals being structured in ways to prevent significant bonus and retention payments from derailing them. 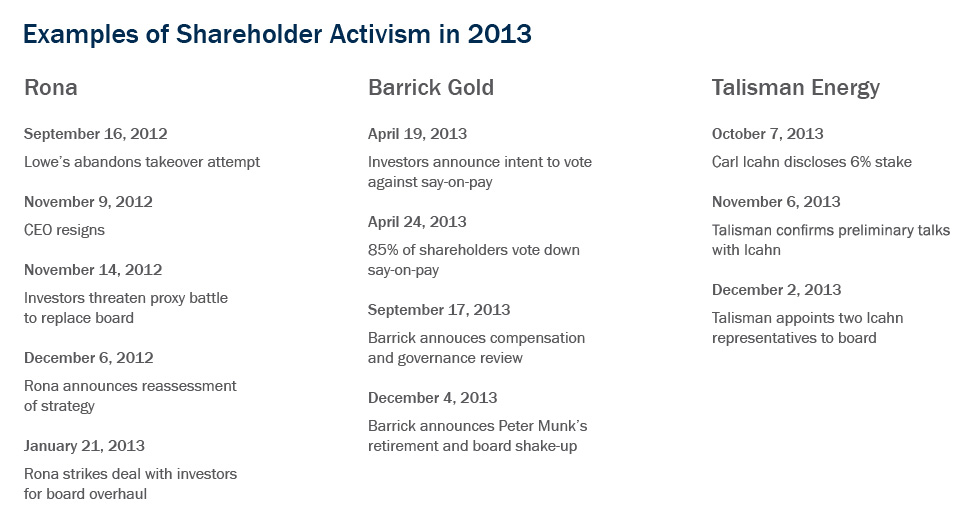