Almost 18 months ago, the Basel Committee released its new requirement that all non-common capital instruments issued on or after January 1, 2013, must contain provisions that require the instruments to be converted into common shares (so-called non-viable contingent capital, or NVCC) if the relevant regulator determines that the bank is no longer viable. Capital instruments without NVCC features that are outstanding on January 1, 2013 (even those issued in 2012) will no longer qualify as capital and will be phased out in the manner discussed below. Almost 12 months ago, the Office of the Superintendent of Financial Institutions (OSFI) issued its final advisory on NVCC instruments, which customized the Basel rules for the Canadian market. As of October 31, 2011, the largest six banks1 in Canada had approximately C$73 billion worth of non-common capital (mainly in the form of preferred shares and subordinated debt) outstanding, which will generally2 be amortized commencing with effect from January 1, 2013. However, to date, no bank has issued any NVCC-compliant instruments. This article discusses some of the possible reasons why no bank has issued any of this capital.

The transition rules fix the base of the nominal amount of all non-NVCC-compliant instruments outstanding on January 1, 2013,3 and cap their recognition at 90% commencing on January 1, 2013; the cap is reduced by 10 percentage points each subsequent year. However, when a redemption occurs after 2013, the nominal base is not reduced for purposes of the calculation. Therefore, if a bank had, say, $1 billion worth of non-qualifying capital outstanding on January 1, 2013, and redeemed $200 million during 2013, then that $200 million would serve as "amortization shelter" and the bank would be able to treat all $800 million worth of its non-qualifying capital outstanding as eligible until 2015. Given the amount of capital that will be eligible for redemption at par between 2013 and 2015, these transitional rules should permit most, if not all, of the existing outstanding non-qualifying capital to receive full capital credit, especially during the first few years of this transition. 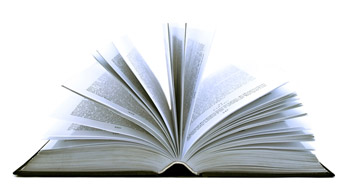 In October 2011, the Financial Stability Board (FSB) issued a paper titled “Key Attributes of Effective Resolution Regimes for Financial Institutions.” The paper provided that resolution authorities should be able to convert all or part of the unsecured and uninsured creditor claims into equity or other instruments of ownership of the financial institution under resolution in a manner that respected the hierarchy of claims in liquidation. Many observers believe that this requirement could be satisfied with the bridge banking regime that was inserted into the Canada Deposit Insurance Corporations Act during the financial crisis. However, the U.K.’s governmental response to the Independent Commission on Banking (the so-called Vickers Report), issued in December 2011, proposed that institutions hold additional “bail-in” debt above the Basel III requirements in the form of uninsured and unsecured debt instruments. The U.K. proposal would have the bail-in senior debt converted to equity in the event that the conversion of the NVCC instruments was insufficient to restore the viability of the institution.

There has been no public comment in Canada regarding whether the bridge banking regime will satisfy the FSB's requirements or whether Canada will be adopting some form of additional bail-in debt requirements. This uncertainty is difficult for potential investors in NVCC instruments because after their instruments are converted into common shares, their position may be significantly diluted further if the bail-in debt trigger is breached.

Cost of Capital Will Increase Significantly

In contrast with other capital innovations over the years, there is no "first mover advantage" for the issuer of NVCC instruments. In fact, it is widely expected that the first issuances of NVCC instruments will require a significantly higher dividend coupon or interest rate to compensate investors for the perceived additional risk over existing instruments. Over time, it is expected that this risk premium will decrease as the market becomes more reassured that the possibility of the trigger event occurring is remote. Therefore, no economic incentive exists for any institution to be the first to spend time and money developing and marketing this new form of capital.

Concern That the United States Will Not Adopt NVCC Requirements

The final NVCC rules released by the Basel Committee on January 13, 2011, provided for a jurisdiction to receive an exemption from the new requirements if the governing legislation applicable to its banks required all non-common tier 1 and tier 2 instruments to be written off if the institution became non-viable or otherwise required those instruments to fully absorb losses before taxpayers were exposed to loss. For the jurisdiction to qualify for the exemption, a peer group comprising other regulators would need to review and confirm that the jurisdiction’s laws satisfied the required conditions. It is widely believed that these provisions were inserted at the request of U.S. officials on the basis that the Dodd-Frank Wall Street Reform and Consumer Protection Act and other regulatory changes made in that country would satisfy the requirement. To date, however, no peer group appears to have been established to conduct a review and there is not much discussion in the industry about adopting the NVCC requirements in the United States. It is therefore possible that the United States will not obtain peer review confirmation but will still not impose the contractual NVCC requirements on its banks. This would create a significant competitive disadvantage for Canadian banks in relation to their U.S. counterparts.

The Importance of Common Share Equity Under Basel III

Under the new Basel III rules, common share equity has become the predominant form of capital, and non-common capital has become less important. As a result, banks have been stockpiling undistributed earnings, which have driven the banks’ total capital significantly above minimum required levels. In addition, subordinated debt will become particularly less important in the capital structure when the asset-to-capital multiple becomes based on total tier 1 capital rather than on total capital under the Basel III rules in 2018.

In our view it is unlikely that there will be any issuances of NVCC instruments until at least the fall of this year and possibly not until 2013. We also anticipate that, with the generous phase-out provisions for the existing non-conforming capital and the increased focus on common share equity, it will be a long time before the NVCC instruments will come close to matching the amount of non-common capital outstanding today.

2 It is possible in limited circumstances to amend the terms of existing investments to enable them to comply.