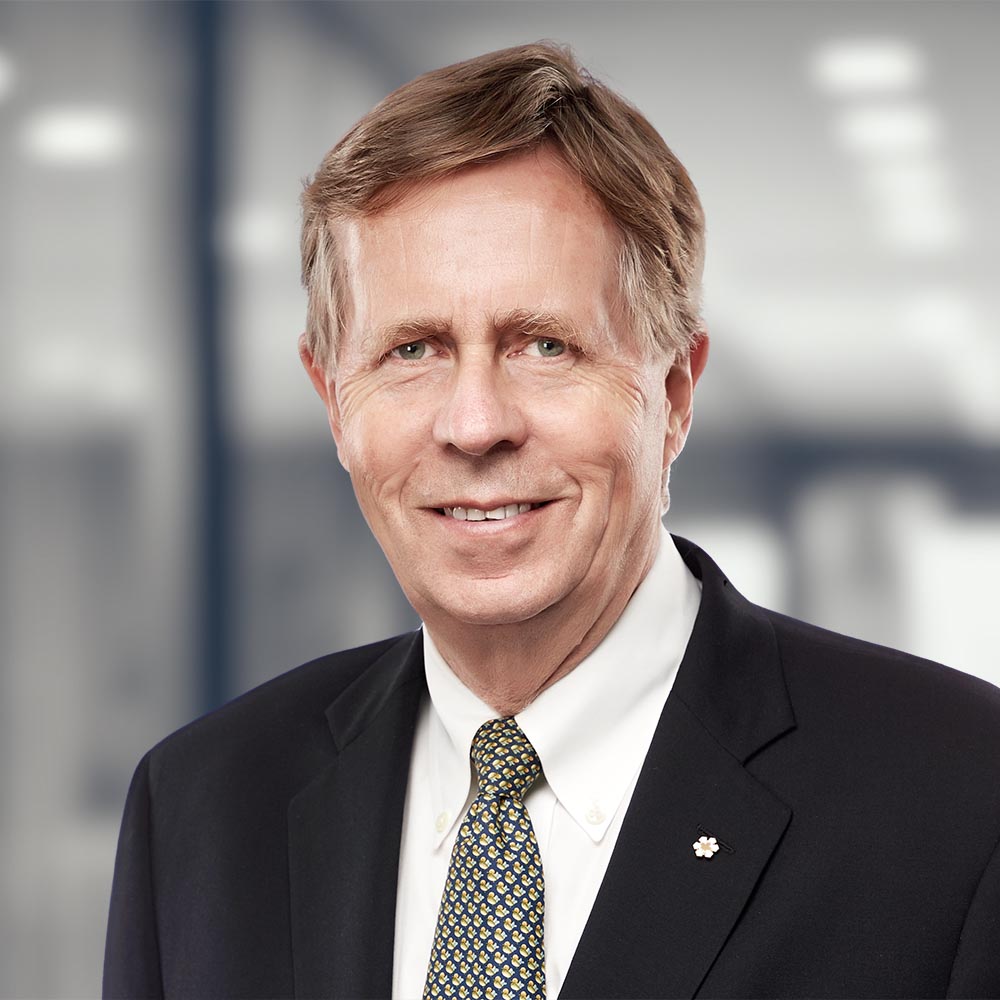 Robert Prichard is the non-executive chairman of Torys. As chairman, Rob provides advice to clients, contributes to the leadership of the firm and represents Torys in the communities we serve. He focuses on corporate governance in the private and public sectors and solving complex problems, particularly those involving regulatory issues and public policy. He regularly advises boards of directors and senior executives including on major transactions.

Prior to joining Torys as Chair in 2010, Rob had careers as a law professor, academic leader and business leader.

He was a professor of law at the University of Toronto from 1976 to 2001, specializing in law and economics. He taught torts, labour law, products liability, economic regulation and economic analysis of law. He also taught at the law schools of Yale (1982-83) and Harvard (1983-84 and 2000-01). He served as Dean of the Law School from 1984 to 1990. He was elected as a Fellow of the Royal Society of Canada in 2008 and received the University of Toronto Law School’s 2009 Distinguished Alumnus Award.

Rob’s business sector experience includes serving as President and CEO of Torstar Corporation, a leading Canadian media company with newspaper and book publishing businesses, from 2002 to 2009. Rob serves as the Chairman of BMO Financial Group and as a director of Onex Corporation, George Weston Ltd. and Alamos Gold and is on the International Advisory Board of Barrick Gold Corporation. Rob has previously served as chair of the BMO Financial group and as a director of numerous public companies, including Moore Corporation (Chairman), Four Seasons Hotels (lead director), Brascan (now Brookfield Asset Management), Imasco, Charles River Associates, Tesma International, St. Lawrence Cement, 724 Solutions, Gildan Activewear, Biochem Pharma, Enghouse Systems and Visible Genetics. Rob was elected as a Fellow of the Institute of Corporate Directors in 2016.

In the volunteer sector, Rob serves as Chair of the Board of Trustees of the Hospital for Sick Children. Previously he was a director of the Toronto Community Foundation, Chair of the Visiting Committee for Harvard Law School, Chair of the Ontario Innovation Trust, Vice-Chair of Canada’s Science, Technology and Innovation Council, a trustee of University Health Network, a director of the Royal Ontario Museum, a governor of Upper Canada College, a commissioner of the Ontario Law Reform Commission, a member of the Greater Toronto Task Force (Golden Task Force) and a member of the Advisory Board of the World Bank Institute.

In the public sector, Rob served as Chairman of Metrolinx, the regional transportation agency of the Greater Toronto and Hamilton Area from 2010 to 2018, where he served previously as President and CEO from 2009 to 2010. He also served as a member of both Canada’s Economic Advisory Council and Ontario’s Economic Advisory Panel. In 2016, Rob received the Public Policy Forum Testimonial Award for his outstanding contributions to the quality of public policy and good governance.