Partner and co-head of our M&A Practice John Emanoilidis was sought for comment on recent changes to Canadian regulation around hostile takeovers. The new rules, among other things, are intended to better enable boards to manage takeover bids and include an extended timeframe for boards to respond.

Below is an excerpt of the article. 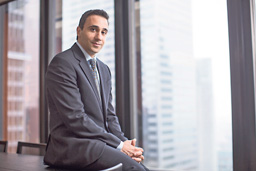 "I think 120 days is a reasonable period of time," said John Emanoilidis, a partner with the law firm Torys LLP in Toronto.

Boards in the United States have a more robust package of defensive tactics available, such as the ability to outright refuse what they perceive as a hostile takeover attempt with a so-called "just say no" defence, added Emanoilidis, who is also head of his firm’s mergers and acquisition practice.

"They’ve got more tools available. And so a bidder that wants to proceed with its bid has more hurdles to jump over. For example, they may need to engage in a proxy contest to try to remove the board. So it’s not to say that a bidder in the U.S. could never be successful if a board says no. I’m just saying it’s more challenging," he said.

"In Canada, the board can also say no, but ultimately shareholders are provided with the opportunity to make the final decision. So this proposal is designed to give target boards more tools than they have currently. It gives them more time," said Emanoilidis. "I think there is a general view that Canadian boards are at a disadvantage relative to boards of other countries, so this does improve the situation for Canadian boards."